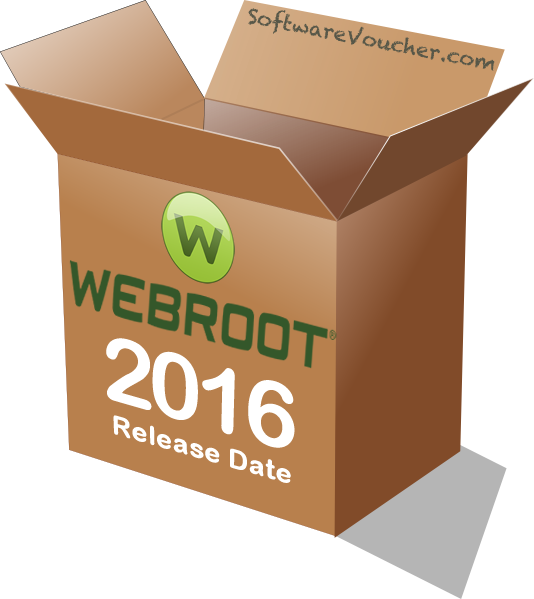 We track a lot of different software programs here on Software Voucher and one of most popular is Webroot. While they might not be as mainstream as Norton or McAfee, it’s one of the best selling and top rated antivirus programs sold on Amazon. And just like most other computer security programs, they release a major product update on an annual basis with version upgrades/updates provided free of charge to all current subscribers (Webroot upgrades users automatically). Based of past history, you can expect to see the new 2016 version released between late-September and early-October, 2015. A beta, if it will be released this year, should be available for public testing by July. That includes for their three best selling consumer products: Webroot SecureAnywhere AntiVirus, Internet Security Plus, and Internet Security Complete.

How do I renew my subscription?

If you’re a current subscriber and time has come for you to renew your Webroot subscription, then open up your SecureAnywhere and click the “upgrade/renew” link under the “My Account” section. There you will be provided with several renewal options with discounted upgrade pricing if applicable. Prices and offers will vary depending on the version that you are currently running, the length of protection required, the number of devices that you are protecting, and the country/currency that you are purchasing from.

When upgrading or renewing you membership, the only thing that I would like to stress is that as an existing Webroot customer you DON’T have to buy your renewal or upgrade directly from Webroot. We’ve been tracking antivirus software pricing from may years now and most of the time you’ll get a better price buying from a third party retailer (i.e. Best Buy, Amazon, etc.). We are tracking all of the latest deals as well so be sure to check out the latest coupons and offers that are now available.

With that said, many customers (including you and you might not even know it) have auto-renew set in your version of Webroot. That means that your credit card will be automatically charged once it’s time for your subscription to the renewed at their listed “upgrade” price. And that price is often more, even as much as two times more expensive, than picking up a license somewhere else when it’s on sale. It’s a clever trend among many antivirus software companies lately to auto-renewal their customers every user as it dramatically helps their customer retention rate. We recommend that you go through the menu options and verify that auto-renew is turned off to avoid any sup prize charges. And if you happen to see that your credit card is charged, you can request for a full refund within 70 days of the date of the charge (see Webroot’s refund policy).

What would we like to see changed in Webroot.

We’ve go through countless pages of reviews and have put together some of the top asks from customers using the 2015 versions of the software. There are some of the most popular issues that users are asking Webroot to change in their next release:

These are just some of the most common issues reported from customers. The only exception are reviews talking about the installation process and difficulties associated with it as these are such personal issues (each PC and the stuff installed is so vastly different) that we’re not including it part of our wish list. Remember that support is available directly from Webroot via email at communitysupport@webroot.com or by phone at 1-866-612-4227.

If you’re a Webroot user, let us know what changes, improvements or new features you would like to see in the 2016 release in the comments section below.