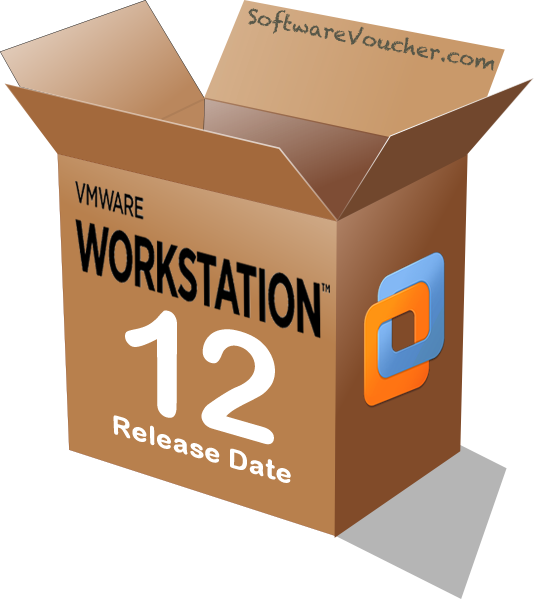 Updated August 25th, 2015:  VMware has just released the all new Workstation 12 Pro (admittedly, a few months earlier than we expected). You’ll be able to try it for free and take advantage of the upgrade discount at vmware.com.  And remember, any customer that purchased VMware Workstation 11 and VMware Player 7 Plus between July 29th, 2015 and September 30th, 2015 will qualify to receive a free upgrade to VMware Workstation 12 under VMware’s Technology Guarantee program.

Here’s a look at what’s new and it compares to Workstation 11 and 10: 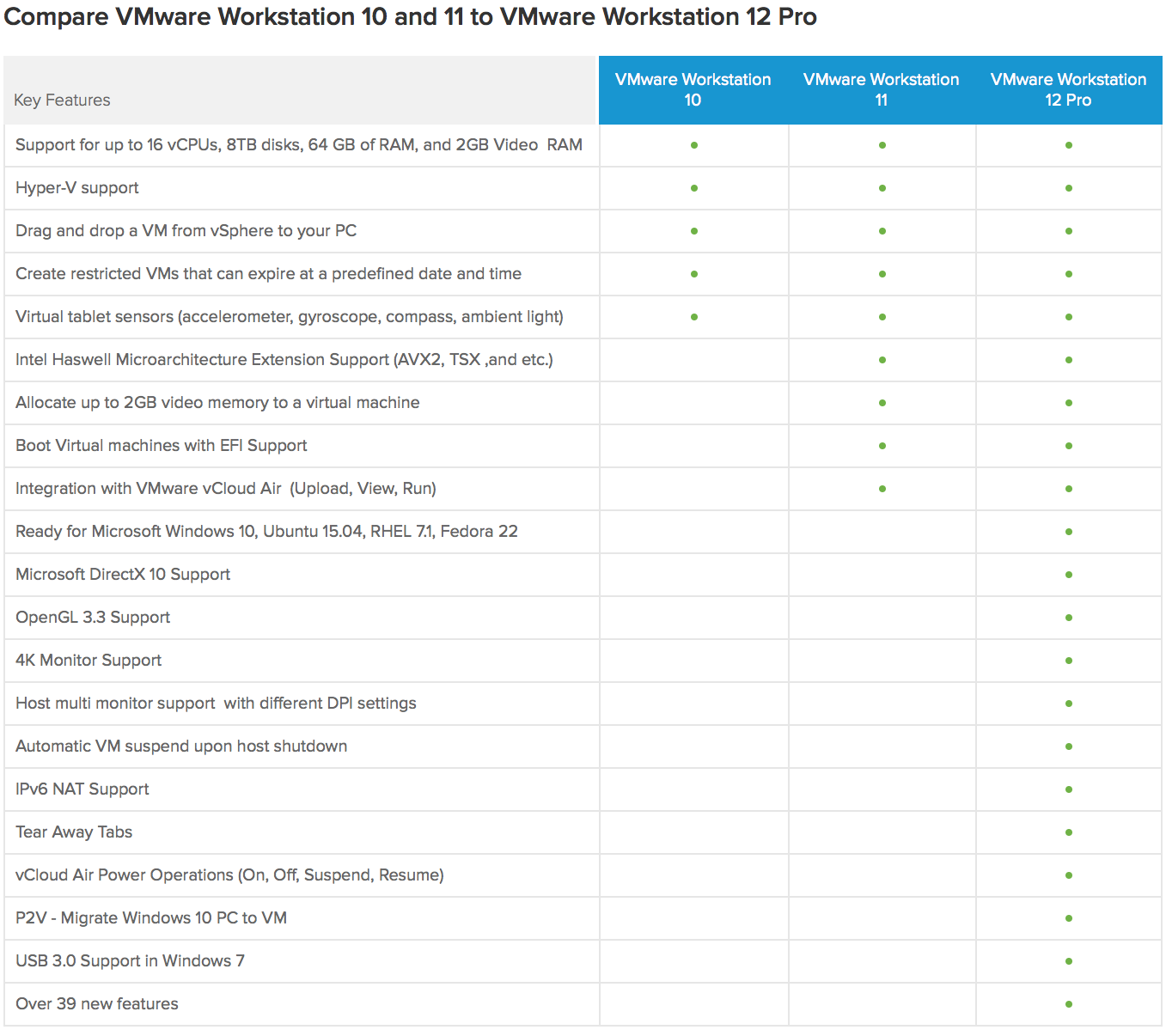 Updated July 14th, 2015: It’s that time of the year again where we’re closer to the release date of VMware’s Workstation 12. And if you’ve been using Workstation for a awhile then you probably already know that the last few releases occurred on an annual basis near the end of the year. For 2015 we expect to see the same – Be on the lookout for version 12.0 to available publicly by December and a public beta (a.k.a. VMware Workstation Technology Preview 2015) to be released by August.

Here’s a look at the last six releases. Notice that the last four of them occurred annually in Fall/early-Winter timeframe.

If you purchased a copy of Workstation 11 right before version 12 was released then you may be covered by VMware’s Technology Guarantee Program.

With each release, VMware offers a complimentary electronic upgrade to the next version for all customers who purchased Workstation from a authorized reseller within a certain timeframe before the launch. Of course the timeframe changes year-to-year, but usually it’s offered to customers who purchased within 60 days of the launch. With that being said, all active support and subscription (SnS) contract customers with an end date on or after the public release are eligible for a free upgrade to the newest version.

If you qualify for the free upgrade and you purchased Workstation directly from VMware.com or an authorized partner directly, then you should receive your free upgrade license key(s) via email after the product is generally available (within about two after the release). If you bought your copy from a VMware distributor, then you will need to make the request for the free upgrade and provide your current license key(s) and proof of purchase to verify eligibility.

You can learn more about the Technology Guarantee Program at vmware.com.

What we want to see improved in Workstation 12.

We’ve gone through the latest user feedback and put together the top asks for this release. Here’s what tops our wish list:

What would you like to see improved in Workstation?

What would you like to see added, changed or improved in Workstation 12.0? Leave your comments below.