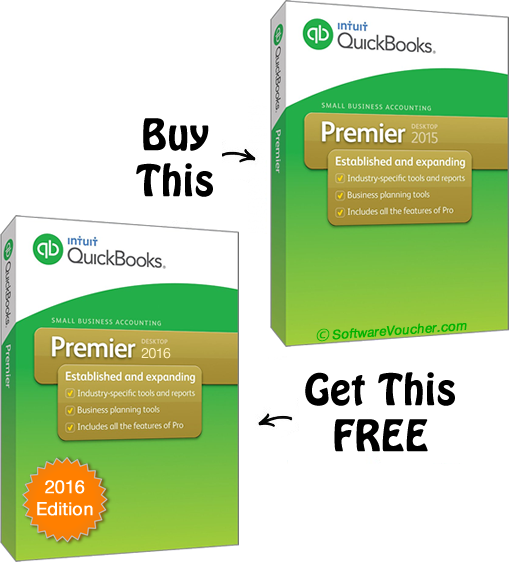 Updated September 11th, 2015: You have only 10 days left to take advantage of this deal and it looks like the 2016 versions of QuickBooks will be released on September 21st. But why should you care?  Two reasons: (1) You’ll be able to lock in the 2015 prices as it’s possible they can go up (they did last year) and (2) QuickBooks is having their end of season sale where you’ll be able to save between $100 and $150 off the desktop versions of Pro, Premier and Mac.

The Details of the Offer

Starting August 12th, 2015 and going up all the way through the 2016 release (coming on September 21st, 2015), all QuickBooks desktop orders made from the official QuickBooks Store will qualify for the free upgrade to the corresponding 2016 version.  So for example, if you buy QuickBooks Premier 2015 then you’ll get Premier 2016 once it’s available at the end of September.  Here are some important details you need to know:

For your reference, here’s a copy of our transcript with the QuickBooks sales team (click to expand into full-view): 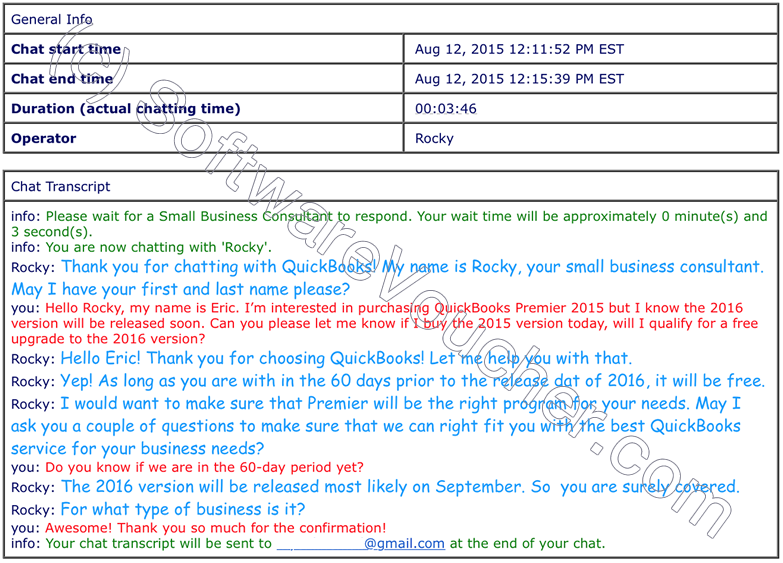 What if I fall out of the free upgrade window?

If you recently purchased a 2015 version of QuickBooks Pro, Premier, Accountant or Mac (prior to August 12th, 2015) or if you bought your desktop version of QuickBooks from a third party reseller, then you will not qualify for the free 2016 upgrade.  But all is not lost! That’s because Intuit has a very generous return policy on their software; you have a full 60 days to request for a refund regardless of where you purchased the software from (it just has to be an authorized reseller and not from some dude off of eBay).

So let’s say for example you purchased QuickBooks Premier 2015 on June 15th, 2015 from Best Buy. You would have up until August 15th to return it to Intuit for a refund. Then you can immediately repurchase Premier 2015 again from the Intuit store after your original refund gets processed and you will qualify for the free upgrade to Premier 2016 once it’s released in late-September. Just remember to save all your files on your hard drive before going through the refund.

But why should I care?

If you are asking yourself why all of this matters, especially in light that the 2016 version probably won’t be DRAMATICALLY different or improved from the 2015 version. It matters because Intuit only provides three years of technical support for their QuickBooks products under their discontinuation policy (if you’re a longtime Quickbooks or Quicken user, then you probably already know about this policy). They also expire all add-on services at the three-year mark as well. That includes popular add-ons like payroll and credit card processing.

Unlike other software products that expire or end support after XX-months after the date you purchased the program, Intuit ends version support on a specific date each year regardless of when you bought it. So for example, all QuickBooks 2013 versions will end support and expire add-on services on May 31st, 2016. For 2015 versions it will be on on May 31st, 2018. But if you’re able to get the free upgrade to the 2016 edition, you’ll have support extended for another full year.

What about QuickBooks Online?

If you’re current running Quickbooks Online, including Simple Start, Essentials, Plus, or Self-Employed, then you don’t need to worry about the upgrades. That’s because as long as your subscription is active, all upgrades and updates are free for the life of your membership.

Here are the official policies from last year.

We also wanted to post the official policies from last year (which can also be found here in Intuit’s help forum). Two things to keep in mind is that last year anyone who purchased QuickBooks Desktop on or after July 25th would qualify for the free upgrade). This year, at this point, are only able to confirm the free upgrade for purchases made after August 12th. But that doesn’t mean that this timeframe will change once the official release is announced.

Second, the timeframe in which you have to request for your free upgrade was all the way through January 31st follow the new product launch. We were told customers only have four weeks to request for the free upgrade after the official release but this may also change once the 2016 versions are available.  As soon as we know more, we’ll let you know here on SoftwareVoucher.com. 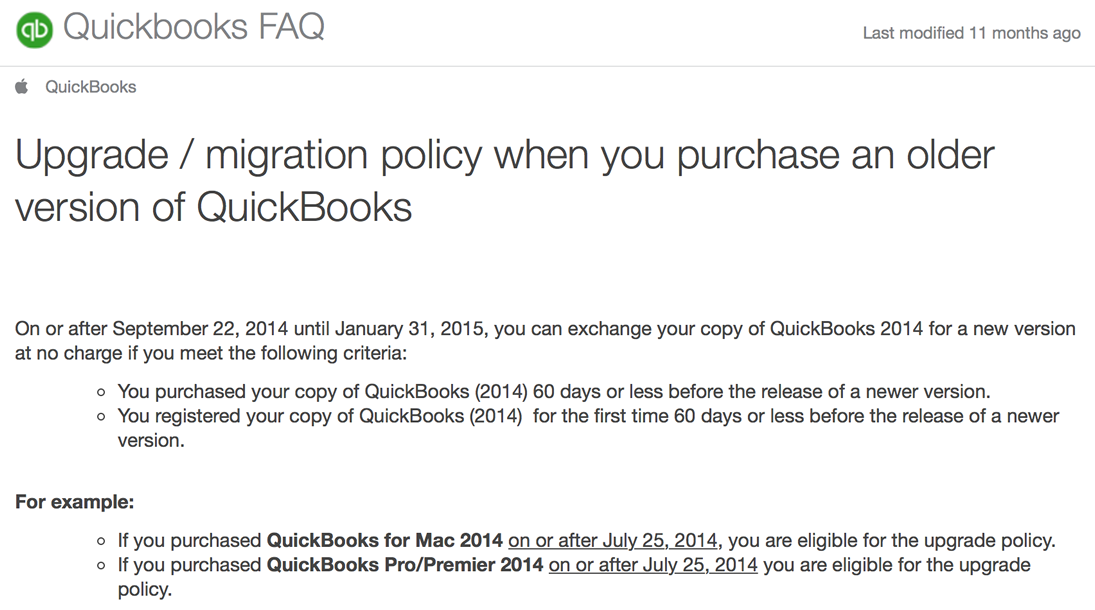 If you have any questions or get stuck during the upgrade process, then let us know in the comments section below and we will do our best to help.