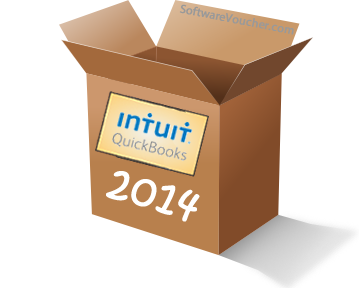 **UPDATE**, September 24, 2013: The all new QuickBooks 2014 versions are now available and on sale. Remember, if you recently bought the 2013 desktop version of QuickBooks from Intuit.com then you many qualify for a free upgrade to the 2014 version.

Updated, September 2, 2013: The new QuickBooks 2014 versions are set to arrive around sometime in the next few weeks with the usual updates to Pro, Premier, Mac, and all the other desktop versions. And if the release dates of the last five years are any hint as to what’s to come, then we’re pretty confident we know when the 2014 versions of QuickBooks will be released. Here is our prediction:

QuickBooks 2014 versions expected to be announced in late-September and available in stores by the first week of October, 2013.- Rumored QuickBooks 2014 Release Date

For those of you waiting for the next version to arrive, the best time to order is actually right now, right before the new version is released. Why you ask? Well, QuickBooks has this unadvertised free upgrade policy in which they give customers who purchased any version of QuickBooks at Intuit.com in the weeks leading up to new release a free upgrade to the newest version. We recently spoke to their customer service team (see transcript here) and it appears that you will be able to request for a free upgrade to the corresponding 2014 version at launch if you buy it today (but ONLY if purchased from Intuit.com as resellers will not qualify). We were only able to verify that this policy goes back to orders made on or after August 4, 2013 so you might want to talk to them if you order prior to this date to see if you can also qualify for this offer.  If you don’t qualify but have purchased less than 60 days ago, then worst case you can return it and repurchase the 2014 version (they have a 60-day money back guarantee on their software).

What’s better is that we’ve found that the “free” upgrade is actually just a free license for the new version. This means that in theory, you can install the 2013 version you purchased on one computer and the 2014 free upgrade version you requested on another computer.

Regarding the new features coming in QuickBooks 2014, we won’t know until we get a little bit closer to the release date and the list of features are announced. What would you like to see added or fixed in QuickBooks 2014? Leave your thoughts below in the comments!

Leave a Reply to Kelly