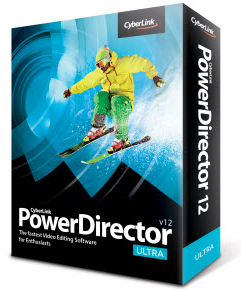 The all new PowerDirector 12 was released last month by Cyberlink. With some significant enhancements in this version, we explore the new features and breakdown the facts surrounding this release.

If you’re new to PowerDirector or considering switching from another video editing program like Adobe Premiere Pro, then you’ll find this is the most compelling release yet of PowerDirector. You’ll find that version 12 has over 20 key new features and improvements making it now one of the fastest video editing software programs in the market. Let’s take a look at some of our favorites:

Which version should I choose and how much will it cost me?

PowerDirector 12 comes in three flavors: Deluxe (retails for $ 62.99), Ultra (retails for $89.99) and Ultimate (retails for $114.99). The version best to choose really depends on your video editing needs. Below you’ll see a chart with some of the major differences between the three versions. Once you decide with version might fit you best, you can head on over to Cyberlink’s download center to try out the latest version free for 30 days. 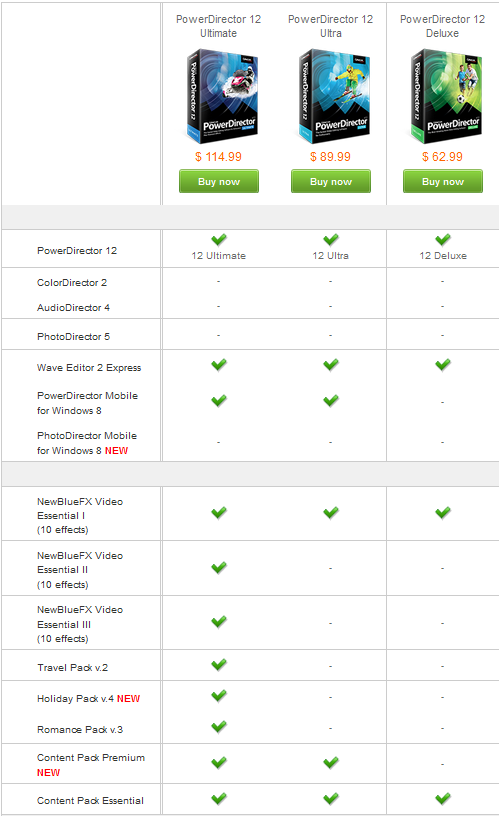 What’s the difference between some of the older versions?

If you’re currently running PowerDirector 10 or 11 on your PC, then you’ll find some major differences between version 12 and some of the older editions. See below for some of the most significant changes. 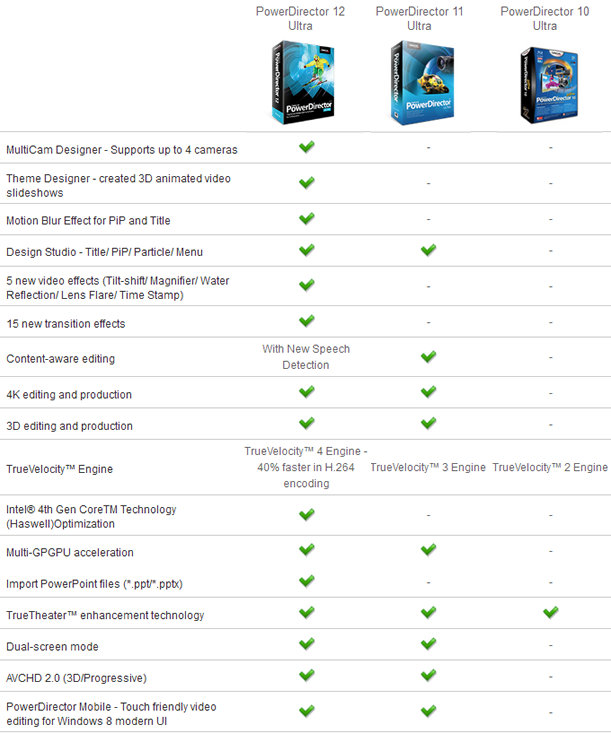 Also keep in mind that if you’re running versions 10 or 11 of PowerDirector then you’ll be able to qualify for the upgrade discount from Cyberlink.com which can help you save up to 40% off the regular list price.

Do you still have questions and are not sure on which version to choose? Let us know what’s on your mind in the comments section below and we’ll try to help you get your questions answered!