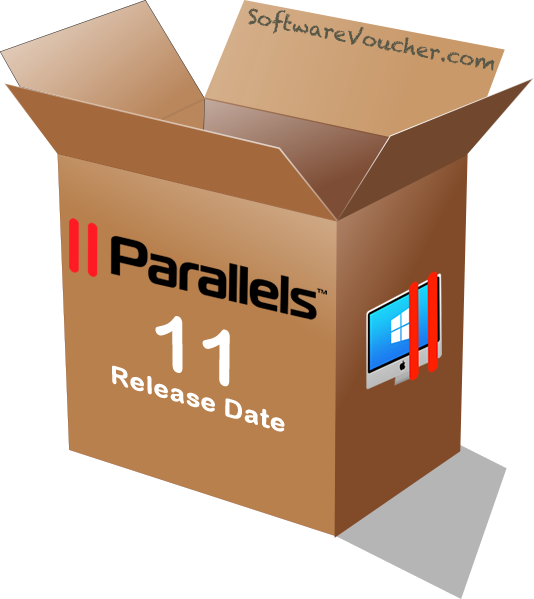 For those of you on the edge and may be interested in switching to VMware Fusion, they are offering 28% off and a free upgrade to Fusion 8 once it’s released in the next few weeks.  If you’ve recently purchased or upgraded to Desktop 10 anytime on or after July 29, 2015, then you may be entitled to a free upgrade under their tech guarantee.

In terms of the new features, this new edition of Parallels Desktop for Mac benefit from speed improvements up to 50% and extended battery life up to 25% in Travel Mode – and will also support Windows 10, Microsoft Cortana and OS X® El Capitan. 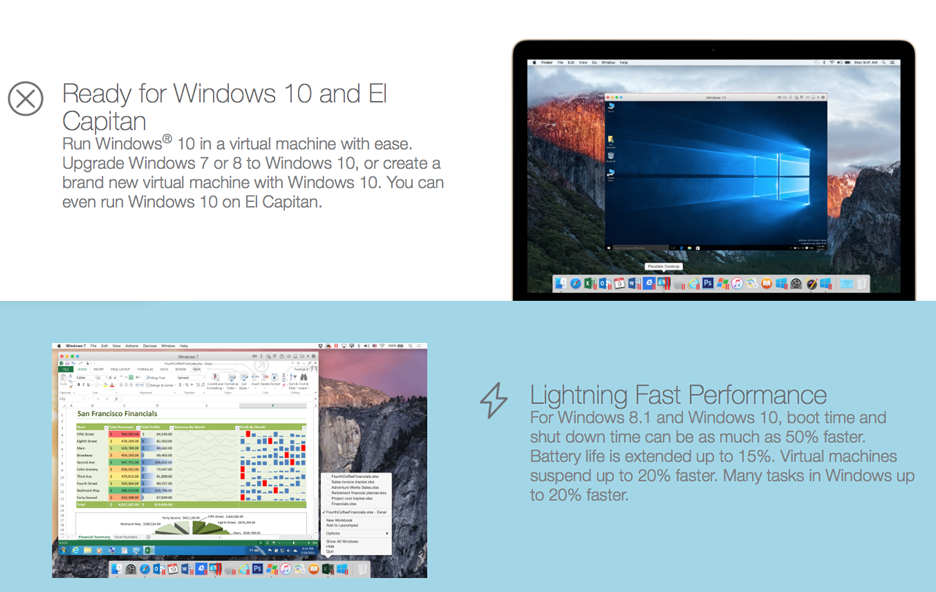 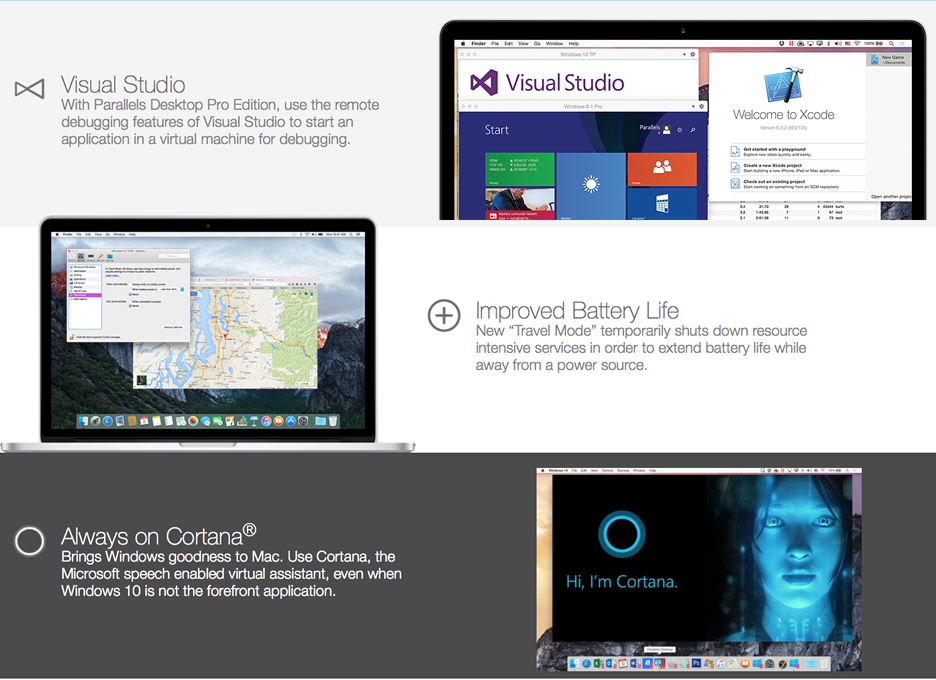 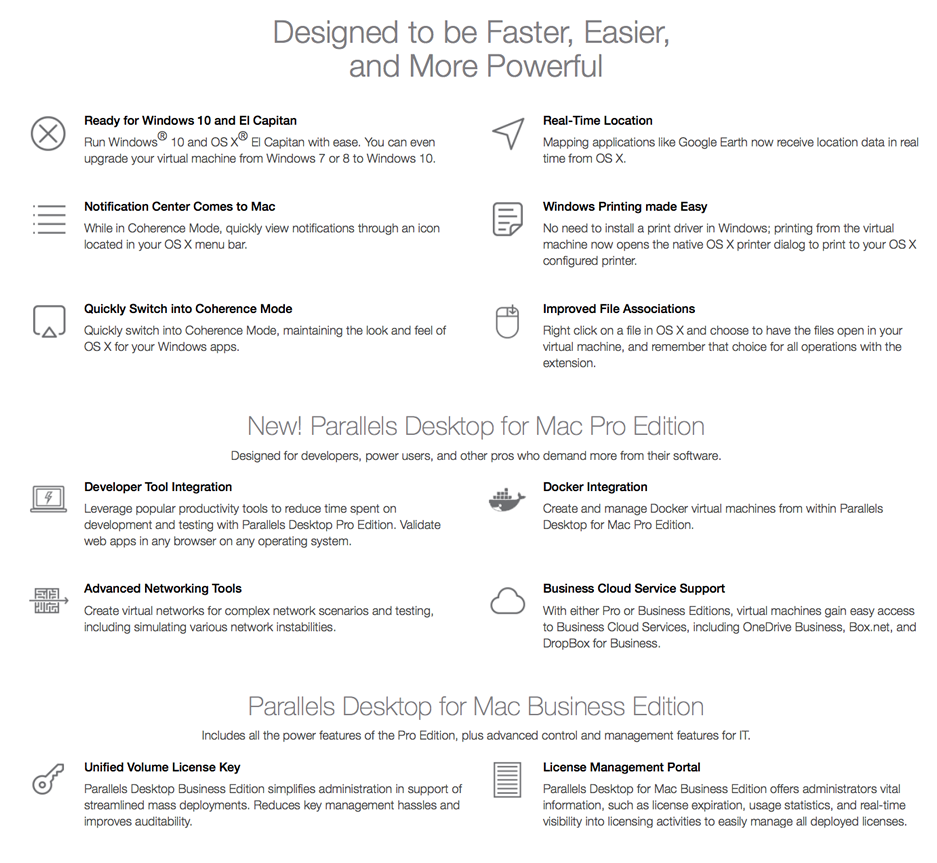 Updated July 28th, 2015: Parallels’ Australian site accidentally leaked one of their product pages for a few hours yesterday… and according to it, Parallels Desktop 11 for Mac will support Microsoft’s Cortana virtual assistant throughout OS X as long as you have Windows 10 running in the background. That means you’ll just be able to say “Hey Cortana” and you’ll receive a response. Best of all, from what we understand, Windows 10 will just need to be running in the background, including having it minimized or hidden.

Other improvements according to the leak include, as expected, Windows 10 and OS X El Capitan support. Parallels 11 also boasts a 50% improvement in speed and better battery life. You’ll also get improved file associations, real-time location support in Windows, and improvements to Windows printin.

In terms of the release date, we still believe that it’ll come out sometime after OS X El Capitan, even though Windows 10 will be released in a few days.

Here’s the screenshot from leaked Parallel’s page before it was pulled down a few hours later:

Updated May 14th, 2015 – It’s that time again when we begin our countdown to the next release of Parallels, this time being Parallels Desktop 11 for Mac. While it’s still too early to provide any specifics about this release, including the beta signup which has not yet been announced in the Parallels Forum, what we do expect is a release date similar to what we’ve seen the last few years; the new version is expected to be announced between the end of August and  the first week of September, 2015. That’s also the time that you’ll see Apple’s next OS X update as well as the VMware Fusion 8 (Parallels’ top competitor).

If you’re interested in being notified the moment Parallels 11 is released then be sure to sign up to our release date notifier list (located at the right side of this page). All we need is your name and email address.

Here’s a look at the past few releases:

Will there be a free upgrade to version 11?

In general, the short answer is no… There are no free upgrades from Parallels. All upgrades are priced for a little less than the full version, but you only buy it at their official store because all resellers only carry the full versions. Just keep in mind that sometimes you’ll save more with a Parallels-Windows bundle, like this one at Amazon.

The only exception is the upgrade rule is if you bought an outgoing version of Parallels 10 right before the new one was released. It’s called their Tech Guarantee and it’s two or three week window (this varies year-to-year) before the new version is released where you can qualify for a free upgrade. We don’t yet have the details for this year’s policy buy here’s a look a last year’s Tech Guarantee and how it worked.

What we would like to see changed in Parallels 11.

All of us here at Software Voucher primarily work on Mac’s so without Parallels (or VMware Fusion, some of us use it instead) we would have to switch to our PC’s when writing most of our software reviews and testing the new releases. But with that said, there are a few things that really bug us with program. Here are the top things that we would love to see changed in version 11:

What do you want to see changed in Parallels Desktop 11 for Mac?

So what do you want to see changed in the newt version of Parallels? Let us know in the comments section below.