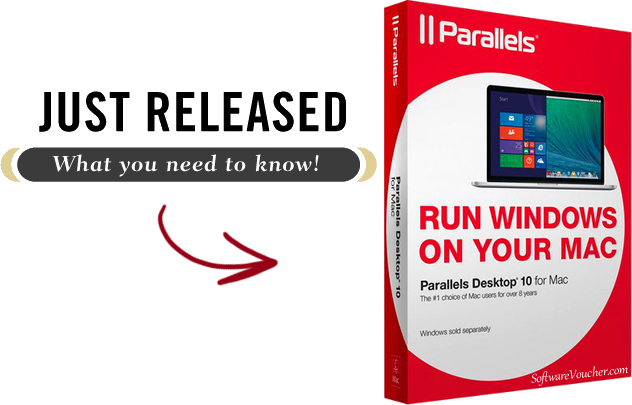 August 20th, 2014 – Parallels Desktop 10 for Mac has just been announced with full OS X Yosemite and iDrive support, among other new features, and boasts a whopping 50% overall performance increase in running your Windows application (including a welcomed 48% increase in opening Word documents) and 30% increase in battery life when Parallels is used on the go. If you’re a current Parallels customer, then you can pick up the upgrade immediately at www.parallels.com/upgradepd10. All new customers will have to wait until August 26th to pick up a copy. Retail outlets, including Best Buy and Amazon, will also start selling Parallels 10 on August 26th. Prices have not changed – It still retails for $79.99 for the full version, $49.99 for the upgrade, and $39.9 for the student version.

Parallels 10th major release is set to not disappoint even the harshest critics and is very much a worthy upgrade especially to those that are running version 8 or older. Here is the list of the key new features in this release:

If you’re currently running version 9 you will have full OS X Yosemite support so you may want to consider testing out the new features in the free trial version before upgrading to see if it makes sense for you.

Here’s a short video released from Parallels that highlights the new features and changes in parallels 10.

Let us know what you think about Parallels 10 – Leave your thoughts and suggestions in the comments below.