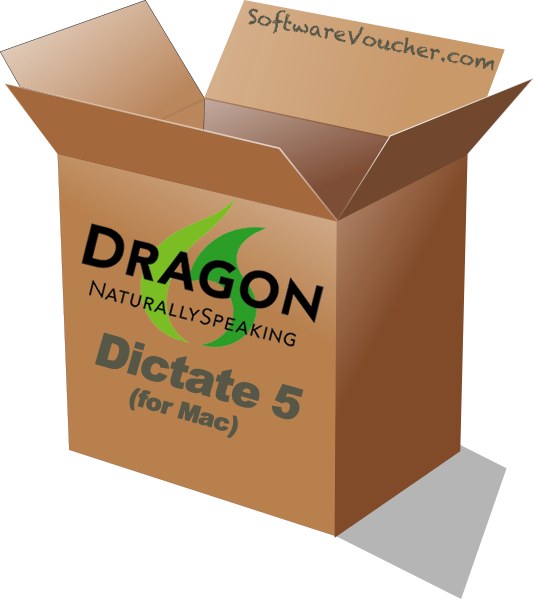 Updated August 19th, 2015: Nuance has just announced the all new Dragon for Mac 5.0 (notice that it’s no longer called “Dragon Dictate”). It’s not yet shipping but is expected to be available for download by early September, 2015. This new version improves accuracy by 15% over version 4 and 35% over version 3, including enhanced accuracy when using your built-in microphone in your Macbook.  Upgrading to version 5.0 will set you back $200.00.

Updated July 30th, 2015: We here at Software Voucher are long-time fans of Dragon’s Dictate software. Not only did I use it throughout college to help me pump out essays a lot faster, but we all use it daily when updating the site. So we always pay close attention to the latest news and rumors coming from Nuance. Although it is early and we are some ways away from the next version (with still no word about the beta), as it now stands we don’t expect to see Dragon Dictate 5 coming out anytime before September 2015 (that’s about a year-and-a-half after version 4… that’s inline with the previous release dates). However, knowing how these releases work, it’s more likely that we’ll see it come out closer to the end of August or early September, 2015 (right in time for the holidays).

We base our predictions on both when the last version was released and on the rumors we see coming from the folks close to Nuance. Here is the full release date history of Dragon Dictate:

What did we see improved in version 4?

Features we would we like to see added in version 5.

Although version 4 is greatly improved over version 3, we would still love to see several things added in the next release. Here are those that top our wish list:

What would you like to see improved in Dragon Dictate 5?

As do most software companies, if you’re running an older version of Dictate then you will be able to qualify for the upgrade discount to Dictate 5 for Mac which should save you around 25% off the list price. However, we expect the same free upgrade policy to continue as we saw with the Dictate 4 release: If you purchased DD for Mac within the last 30 days from the official release date, you should be able to request for a free upgrade. If it’s been within the last 60 days, you should be able to request for a 50% discount if you decide to buy the new version. All free or discounted upgrade requests must be made directly at Nuance. Their customer support number is 1-800-654-1187.