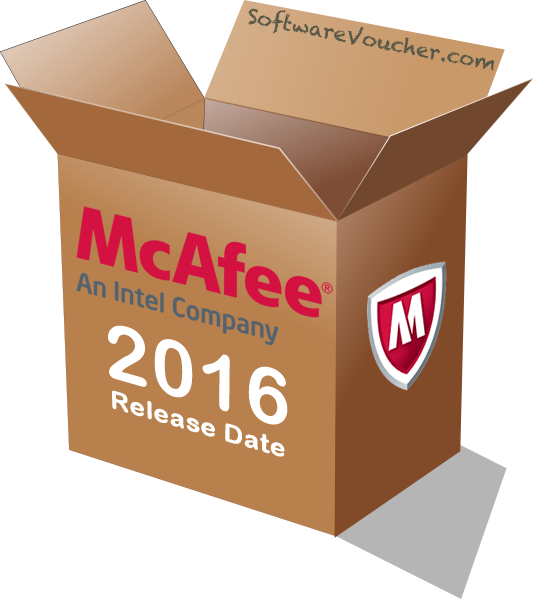 Updated May 13th, 2015 – With the McAfee 2016 beta just announced, it’s time once again for us to start tracking the upcoming release of the 2016 versions of McAfee antivirus and security software. From what we’ve heard so far, the release is scheduled to occur around the same time as it did last year (around September 10th). And just like most other internet security companies, McAfee gives all of their current subscribers free upgrades to the new versions when they become available. So if you’re on the fence and don’t know if it’s worth getting new service or upgrading/extending your existing service, then rest assured that you will be entitled to all future updates through the life of your membership.

Be on the lookout for McAfee’s 2016 product line announced and released by the first half of September, 2015.- Expected McAfee 2015 release date

The one thing that we are not yet sure of is if the “McAfee” brand will stay or not in the 2016 release. Intel, the chip makers, purchased McAfee a few years ago and have slowly been making the branding transition to reflect the Intel brand. However in light of the negative media brought on by founder John McAfee, including his own jabs at the company, we wouldn’t be surprised if Intel decided to completely rename the entire security line to completely disconnect from him.

What we would like to see changed in McAfee 2016

If you’ve recently been researching different review sites to determine which antivirus/computer security software to buy, then you’ve probably seen that there are good and bad things to be said about all of them, regardless of the brand you choose. Each one has it’s own plusses and minuses. And the funny thing is, every brand that we’ve seen has almost an equal amount of users saying that the installation process was easy while the the other half of users were complaining how difficult/horrendous the installation process was for them. I guess the same is to be said about all software.

The last month we’ve had the opportunity to talk to several existing McAfee users as well as read some of the reviews coming from those on the 2015 versions of McAfee Total Protection, Internet Security and Antivirus. We’ve narrowed down all the feedback to this list of changes that we would like to see in the 2016 release:

What do you want to see changed in McAfee 2016?

Let us know what you would like to see changed in the 2016 release of McAfee Antivirus, Internet Security, Total Protection or any other version of their computer security software that you are currently using. Leave your thoughts and suggestions in the comments below.