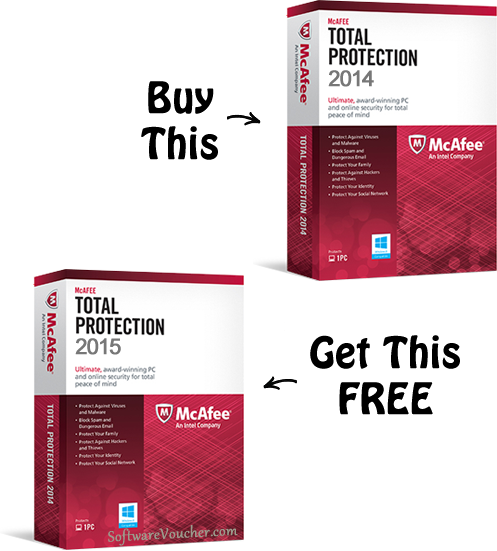 With McAfee set to release their 2015 editions soon, it’s got many people asking if the upgrade is free or if you need to pay to get it. Well, we’re happy to report that upgrades and updates are free and happen automatically to everyone that’s on a current subscription plan. So, let’s say for example you have 5 months left on your current Antivirus 2014 subscription. If Antivirus 2015 was released today, you would be automatically upgraded to the 2015 version and still have the same amount of time remaining on your plan.

How does the software update itself?

As soon as McAfee 2015 is released, you’ll receive the upgrade and it will be automatically downloaded and installed on your computer at the next live update. You can verify this in the about section of the software by looking at the build/release number. Your update will be for the equivalent version (i.e. Internet Security 2014 to Internet Security 2015, Antivirus 2014 to Antivirus 2015, and so on). Depending on your setting, you may not even realize that you received the 2015 updates on your PC.

It’s probably the best time to pick up a 2014 version of McAfee now as there as some of the best deals of the season are now available. We were able to find some stores selling their remaining versions for as low as $13.00 for a year of protection. That comes out to be less then $1.00/month for current antivirus protection which is by far one of the lowest prices for antivirus protection from the leading brands. Once the new versions are released, it will take some time for us to see these low sale prices once again.