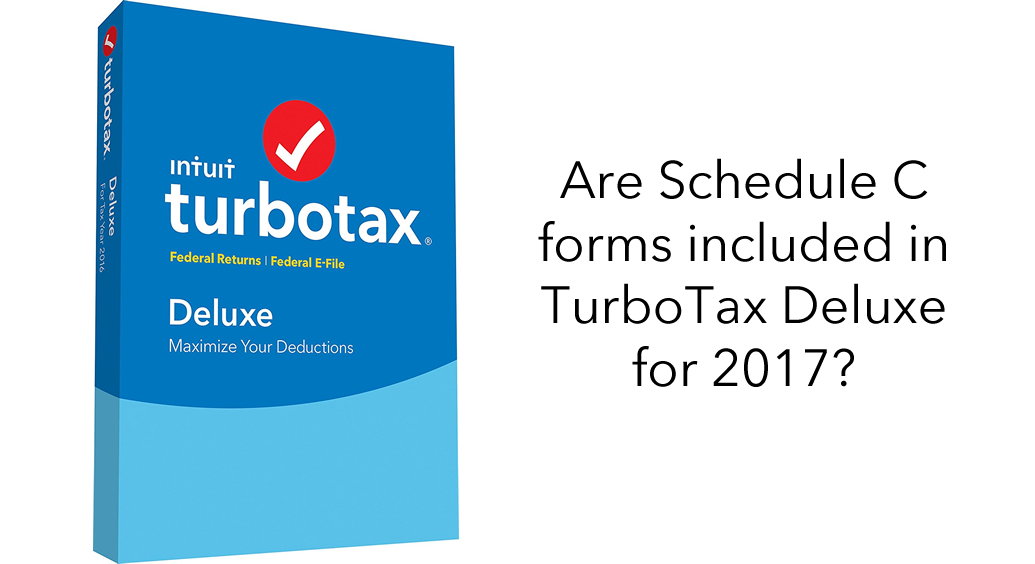 Updated on December 30th, 2016: After 2015’s fiasco where Turbotax surprised everyone and removed Schedule C Forms from the CD versions on the software, we’re happy to report that they are all back for 2017 (that is, in the 2016 tax-year versions of the software), including all those sold directly at Intuit and those you’ll find at their resellers. That means all desktop and online versions of Deluxe include full Schedule C forms, without any Misc Expenses limitations, and all the usual forms you’re used to from year’s past.

Here’s a complete look at the forms included in each of the versions: 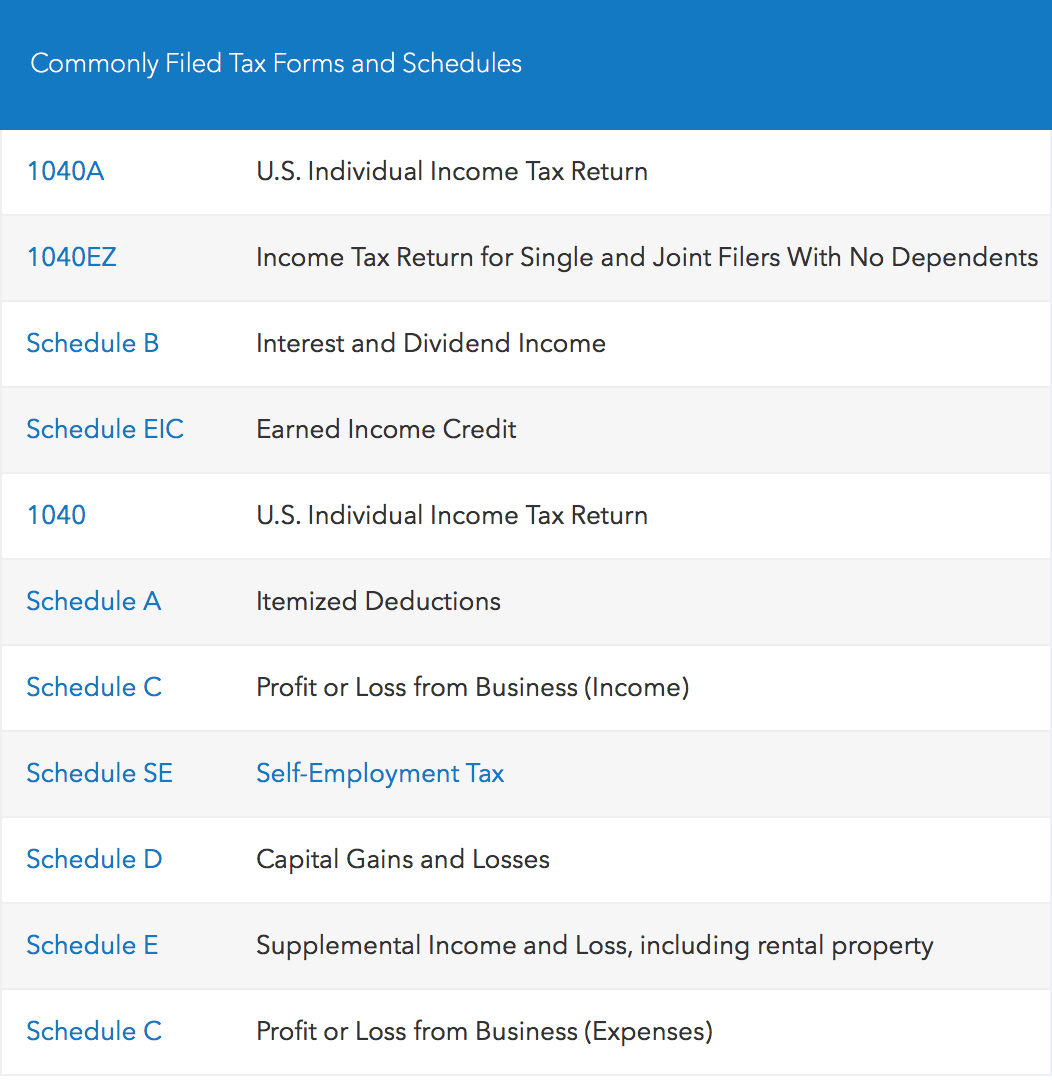 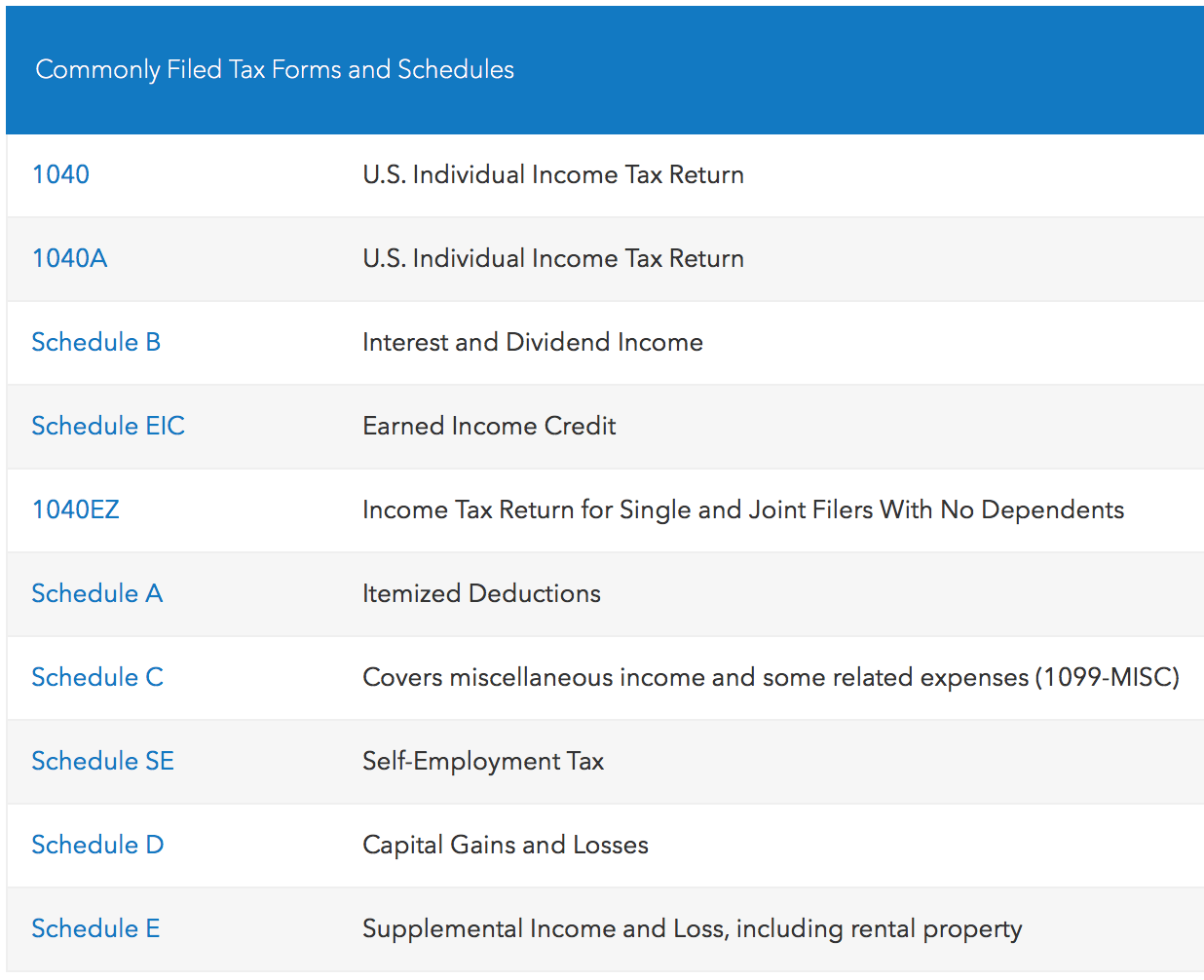 There are the most common forms listed in the table – There are a lot more that are included as well so just check out the full list on TurboTax’s site. And of course you can see a full page of TurboTax discounts now available to help you save on whatever version you end up choosing (we update the page with our favorite TurboTax offers daily!).

When will TurboTax release their new software for the 2017 tax year? Signup to our release date notifier list and you'll be the first to know once it's released!

When will TurboTax for 2018 become available?

If you're wanting to get a head start in your tax planning, you'll be able to purchase TurboTax for the 2017 tax year around mid-to-late November 2017. We're tracking the latest release date news and invite you to share your wishlist and future enhancement recommendations.

What are your other filing options this tax season?

If your heart is not yet set on TurboTax (which, just so you know, is the #1 best selling tax software brand), then we encourage you to also see the promotions offered on H&R Block’s tax preparation software. They offer a very similar set of programs that are priced significantly less than equivalent TurboTax versions. Similar to TurboTax, there are four versions to choose from depending on the complexity of your return. All orders include offer free advice from a tax expert as many times as you need it and in-person audit support at one of your local H&R Block offices. You are also covered by their 100% accuracy and maximum refund guarantee.

Another option is to see if any TurboTax discount is available at your bank of credit union - Like at Bank of America, Citi, Chase, Capital One, or Vanguard. You can usually find more details through your online account or by visiting your favorite and nearest financial institution.

TurboTax is once again is giving 3000 lucky individuals a chance to host their very own tax party - They call it the You Party. The way it works is that you invite 10 friends or family members to your home and your show them what TurboTax is all about. TurboTax sends you props, balloons, a few informational folders, and an activity guide. And in return for you promoting their products, TurboTax lets you file with any of the TurboTax Online versions for free this year and all your guests get a service code to save 50% on their orders. That’s a pretty good deal if you ask us!

Has a deal or promotion expired?

Unlike other so called "coupon" websites, we go to great lengths to ensure that the offers posted here are accurate and the absolute best available for today. But sometimes a deal can change unexpectedly or expire without notice to us. If you see any errors on this page then please share them with us. We're constantly on email and will quickly look into issues that you are seeing.