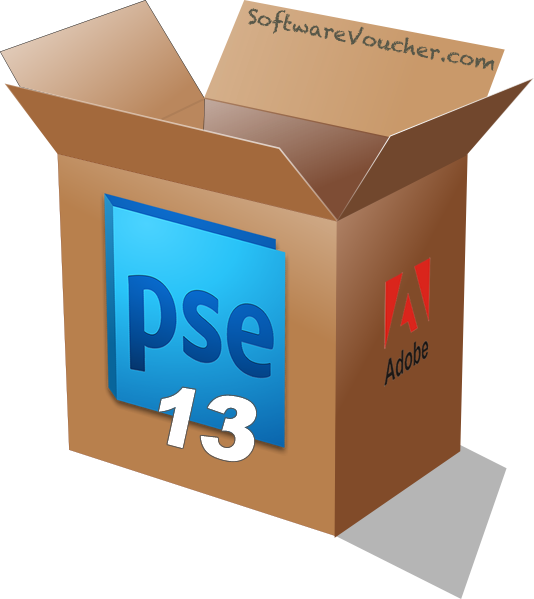 Updated January 25, 2015: We’re on the lookout for Elements 14 – See the latest release date news, rumors and more about the upcoming Photoshop Elements 14 and Premiere Elements 14 launch.

Updated September 23rd, 2014 – Seems like Adobe’s retailers are slowly getting their Elements 13 product pages ready.  Amazon UK has Photoshop Elements 13, Premiere Elements 13, and the bundle version now posted (be sure to see the videos posted on the page – Click through the images at the top left of the page).  Their listed release date is September 25th.

Here’s the Photoshop Elements & Premier Elements 13 Bundle at Best Buy. You can even add it to your cart but it’s not yet available for shipping (no date listed). The full product description is posted here.

We also wanted to let you know that you can also pick up version 12 right now and you can qualify for a free upgrade to 13. Adobe has this free upgrade policy: If you buy a copy of their software 30 days or less before the next version is released then you can qualify for a free upgrade. Amazon currently had Photoshop Elements 12 on sale for $20.00 off, Premiere Elements 12 for $15.00 off, and the bundle for $16.00 off (once version 13 is released, don’t expect to see any discounts for at least a few weeks). Or check out any one of Adobe’s other authorized resellers like Best Buy, Staples, etc., for a better price.

Newegg.com also just posted these short videos that highlight some of the new features in version 13.

Here are a few more screenshots from Newegg: 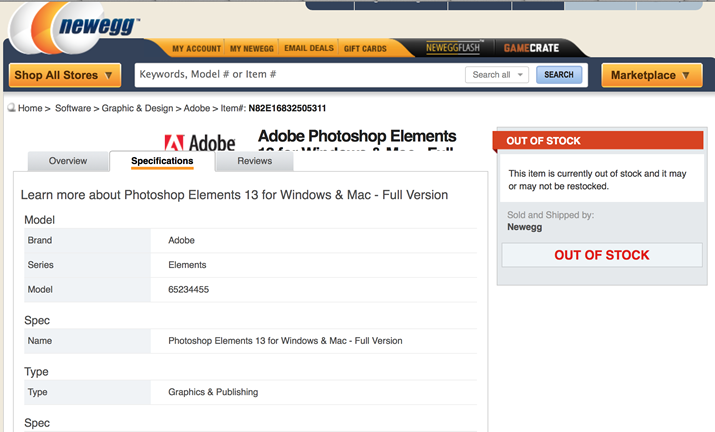 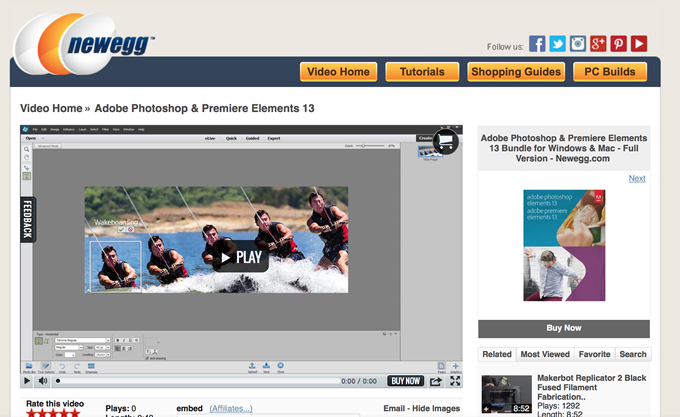 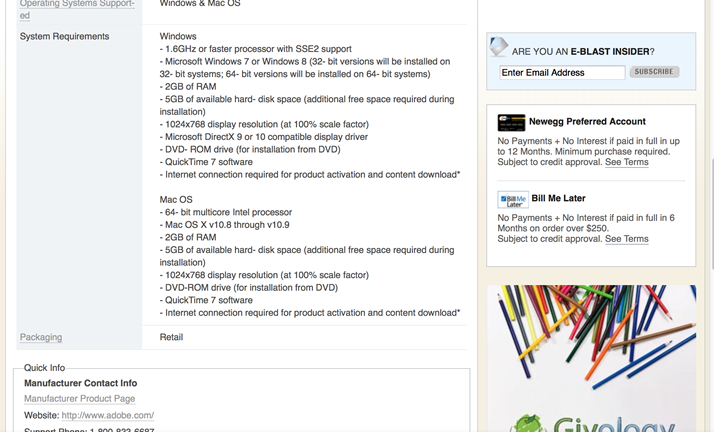 Updated September 22nd, 2014 – Amazon Germany had preorder pages up for Photoshop Elements 13 and Premiere Elements 13 over the weekend but they were all pulled down this morning.

Updated September 21st, 2014 – Amazon Germany just posted the release date for Photoshop Elements 13: September 23rd, 2014 at 12:00am local time. Amazon has a tendency to change their released dates for pre-order products but if it holds, that would be spot on with or predictions from several months ago. Here’s the screenshot:

Here are some of the screen shots from the Elements 13 bundle from Amazon (using google translate from German to English – click to expand each image): 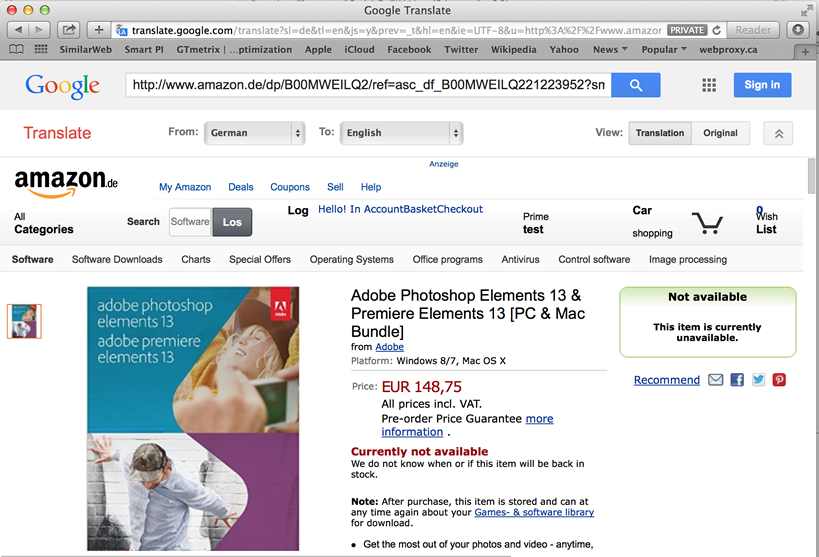 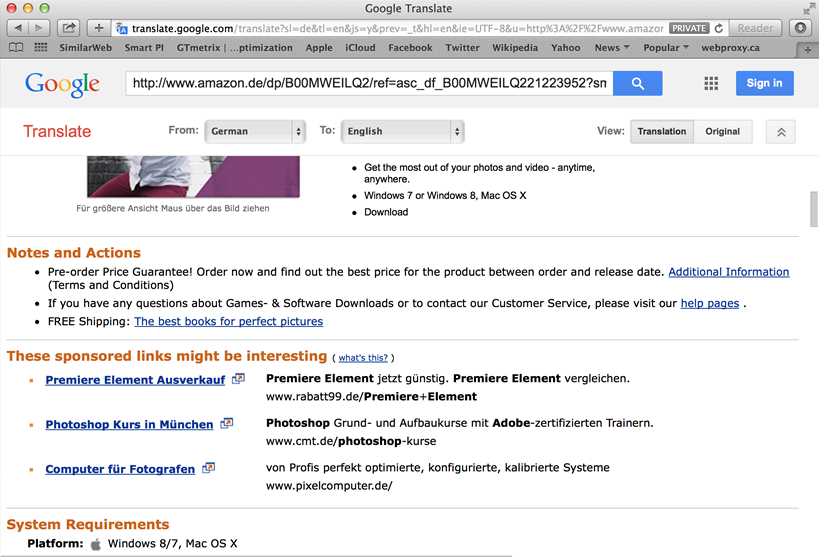 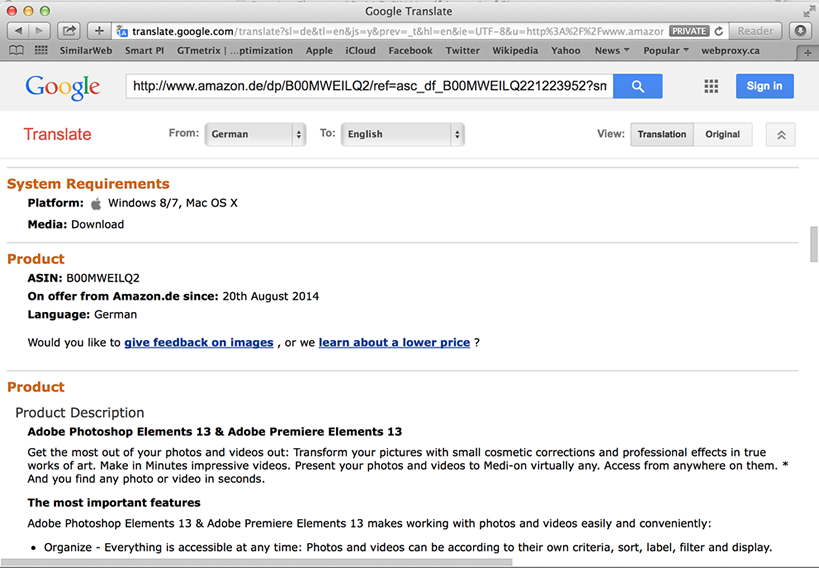 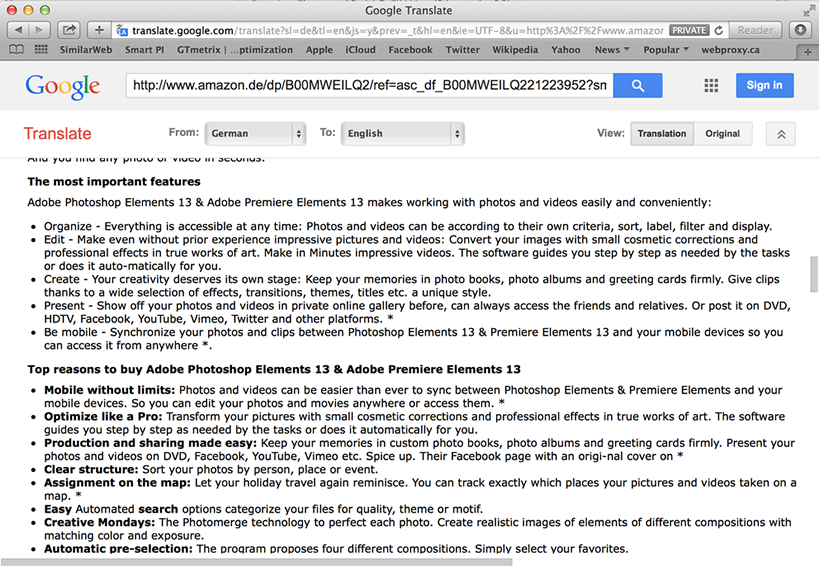 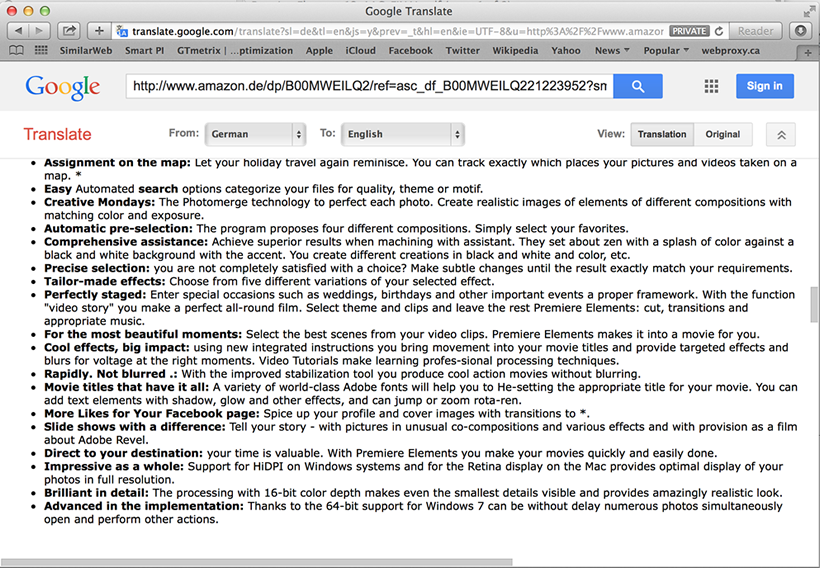 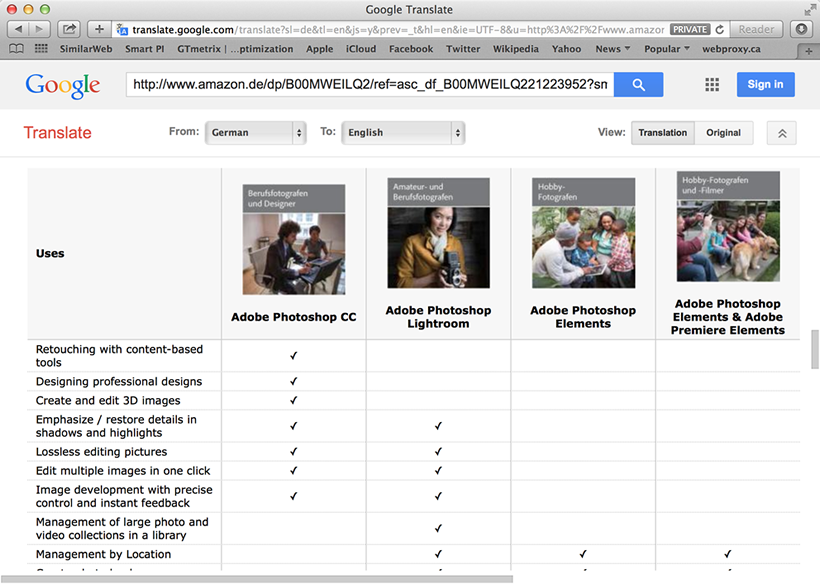 Updated August 24th, 2014: We’re getting pretty close to the next major release of Photoshop Elements and Premiere Elements – And after tracking Elements releases for some years now, we’re pretty sure when the next version will be released.  So when will version 13 come out? Well, they have been pretty good in releasing the new version right in time for the holiday shopping season and pretty consistent about it (with the last four releases happening on the third Tuesday of the month in September). Here’s our prediction:

But don’t expect any dramatic discounts at launch except on the outgoing version 12 (see the current deals and discounts). Most of the deepest discounts begin after Thanksgiving around the Black Friday weekend. See below for the release date history for the all of the previous versions:

What happens if version 13 is released right after I bought Elements 12?

We absolutely hate buying and then finding out that two weeks later a newer release is out and we would have to pay for an another upgrade to have the latest new features. That’s why most software companies, including Adobe, have a technology guarantee; if you purchased a license during the last 30 days before the new version went on sale, then you can qualify for a complimentary upgrade to the newest version. Adobe doesn’t go out and notify customers who purchased single-user licenses about complimentary post-announce upgrades so you’ll have to just verify your eligibility with their customer service team. If you ordered at Adobe.com, be sure to have your order number ready. Just note that not all purchases from resellers will qualify for the free upgrade, so just be sure you know if the store is included in Adobe’s upgrade protection plan.

What do we want to see improved in Elements 13?

Photoshop Elements and Premiere Elements is a great alternate to the much more expensive Photoshop CC (Creative Cloud) and CS6, it still could use some improvements.  These are the ones that top our wishlist:

What do you want to see added or changed in Elements 13?