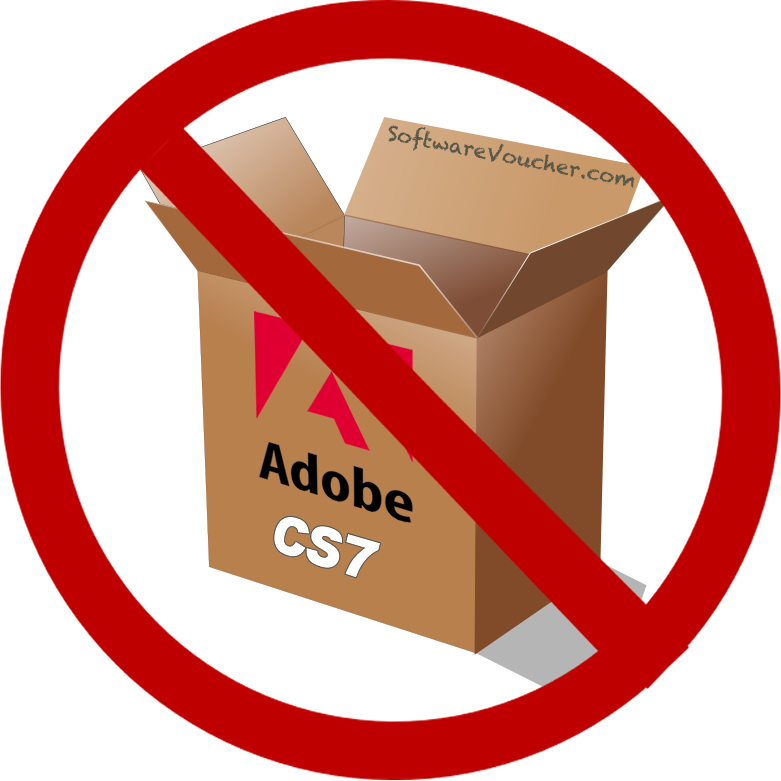 Updated August 10th, 2015: For those waiting and wanting to upgrade to Adobe CS7, we have some bad news for you… Adobe has announced that the entire Creative Suite line is being retired, with the last one being CS6.  They have transitioned all future product updates and upgrades of Photoshop, Illustrator, InDesign, Flash, etc. to “Creative Cloud” (CC). You can see full details here on Adobe’s website.

While Adobe CC is not really “cloud”, web-based software, as you still need to download and install it on your computer, they do have a few features that will require you to use an internet connection to use them. Basically, CC is what CS7 was supposed to be except for one big difference: All licenses require a monthly subscription as there is not longer an option to buy a license outright.

For some, this is a good change as you get the entire suite of Adobe products for $30.00 to $50.00 per month (depending on the contract duration you choose and if you qualify for one of their discounts). But if you don’t use Photoshop or the other CC products on a daily basis, paying a monthly fee to rent your software is probably not something you want to do. Because it’s a rental, all upgrades and updates are free of charge as long as you’re a paying member. As we’re still early into the CC release, you’ll probably be able to get away with using CS6 for the next few years, but as the software products advance, sooner or later you’ll have to upgrade if you want to be up-to-date (necessary if you use Adobe products professionally).

Adobe has confirmed that it will not release CS7… All updates and future versions are going exclusively Cloud subscribers.

Here’s a look at the released date cycle of the Creative Suite line. All future updates (e.g. CC2, CC3, etc.) will be going exclusively to Creative Cloud customers.

Is it worth upgrading to CS6 or signing up to Creative Cloud?

It really depends on how you use Adobe’s tools. You will probably benefit from signing up for the new subscription if:

You may be better off sticking or upgrading to CS6 if:

So what’s included in Creative Cloud?

If you were wondering what’s included in CC, here’s the list of the latest programs that subscribers have access to (it’s basically all the programs that were included in Master Collection CS6 plus Lightroom and a few other smaller ones). 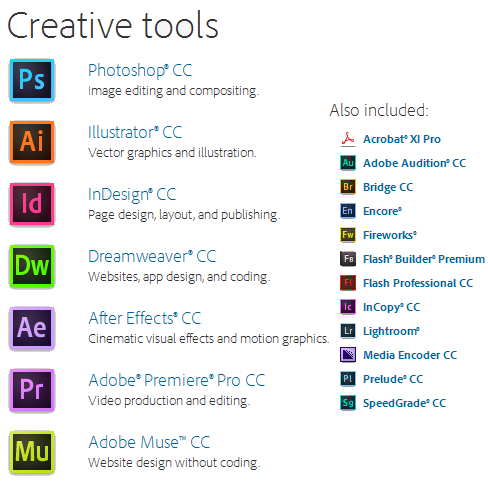 We’re not big fans of Adobe’s move to Creative Cloud without providing the same software in perpetual form for those that do not want to pay a subscription, but what do you think? Do you like the lower monthly option or do you prefer paying once for the upgrade? Leave your thoughts in the comments section below.