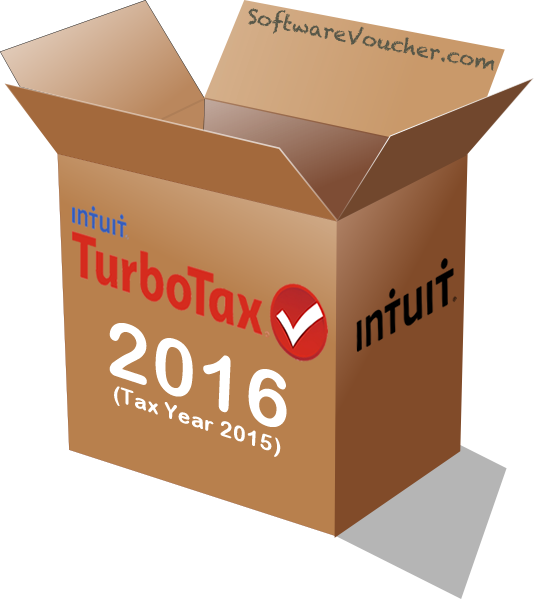 Updated January 19th, 2016: Happy new year everyone!  Although we’re still a few months away to to this year’s tax deadline, which happens to fall on April 18th and not the 15th this year (due to a holiday on April 15th and a weekend falling after that), TurboTax has just released both their online and boxed desktop versions of the program for the 2015 tax year here in the US (if you’re in Canada, you’ll find more info here). And also a early-bird special, you’ll now be able to get $20.00 to $25.00 off if you complete and file your return early (the offer is expected to expire sometime in mid-Feburary). Even if you’re not planning on sending in your tax return early this year, you can login to any of the online versions for free and fill in your tax info to get an idea what refund may be coming your way (you don’t pay until you complete your tax return).

For those looking to pick up a boxed desktop version, Amazon has some pretty good deals right now with most versions on sale for 30% to 40% off the list price. You’ll also get free shipping. And as an authorized TurboTax reseller, you’re covered by all of the same product guarantees and return policy as when you buy your tax software from Intuit directly.

Updated October 20th, 2015: Doesn’t it just seem like we just did our taxes? Now the time is coming again for us to start thinking about our 2015 tax year returns. If you’re a user of TurboTax, then we expect to see the 2016 editions released a little earlier this year. Normally we would see the new versions released in mid-December in the United States and in early-January in Canada. But in 2015 TurboTax was already made available in the third week of November here stateside (the Canadian version release will likely stay unchanged). Expect to see the same here for this upcoming release.

TurboTax is expected to be released in late November 2015 in the U.S. and in early-January 2016 in Canada.- Rumored TurboTax 2016 Release Date

It’s still too early to know what’s going to be changed in TurboTax for 2016 but we can say with almost certainty that no major functionality changes will occur across the major versions (Deluxe, Premier, and Home & Business). Last year we witnessed a PR and credibility nightmare where Intuit secretly removed several popular forms from the Deluxe version. Specifically, support for Schedules C (for self-employment and small business income), D (investment reporting) and E (rental or partnership income) ended in the Deluxe version. That meant that if you owned any stocks, bonds, mutual funds or ETFS you would not be able to use the Deluxe version and would be forced to upgrade to Premier or Home & Business for up to $40.00 more. As you can imagine, there was quite an uproar from some of Intuit’s most loyal clients (you can see the thousands of negative reviews on Amazon). Fortunately Intuit back-pedaled on the change, apologized, and issued free upgrades.

For 2016 you can also expect to see the TurboTax-Amazon gift card offer to return. This has been one of TurboTax’s most popular promotions in recent years, even being replicated by H&R Block’s Tax Software. The offer lets you get up to 10% bonus on your federal tax refund if you choose to put part or al of it on an Amazon gift card. So let’s say you have a $3000 federal tax refund coming your way, if you put the entire amont on an Amazon gift card, then you’ll get a gift card that’s worth $3300 (the $300 is put up by TurboTax). So if you’re a regular Amazon shopper then this deal is a no-brainer.

What do you want to see changed in TurboTax?

Looking for some certian improvements or changes in TurboTax for 2016? Then leave your wish list and suggestions in the comments section below.

Signup to our release date notifier and we will let you know when the new online and boxed versions TurboTax for 2018 (tax year 2017) are released by Intuit:

Historically, TurboTax is known for teaming up with some of the top banks across the country to provide extra savings and perks for their customers. Be sure to check out your Bank of America, Chase, Citi, Capital One, or your other favorite financial institution to see if they are offering anything special this year. You may be able to save even more either by using your partner credit card at purchase or by picking up a copy of TurboTax for 2017 directly through them.