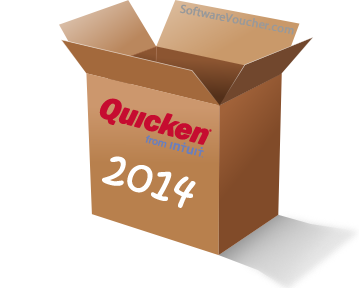 Updated October 7, 2013: The Quicken Store at Intuit.com has just released all of the new 2014 versions of Deluxe, Premier, Essentials for Mac, Starter, Home & Business and Rental Property Manager.  The new 2014 Quicken app that lets you snap and store receipts has also been released and is available for download.

Updated September 3, 2013: Since 2008, Intuit has been very predictable with their software releases (prior to this they used to just have version numbers). Each version is named after the release year that it comes out in and tends to be released annually at just about the same time every year. This is the case for just about all the versions of Quicken software, including Quicken Deluxe, Quicken Premier, Quicken Home & Business, and others. So when will Quicken 2014 be released? Here is our prediction:

Quicken 2014 versions are expected to be available for pre-order in mid-September and in-store shelf’s by the end of the month.- Expected Quicken 2014 Release Date

As we saw last year, in the weeks ahead of the release, many of the top retailers would begin opening pre-orders for the 2014 version. However, the Quicken Store at Intuit.com tends to be a few days ahead of retailers in shipping out the updated product to customers that ordered from them directly.  We will be notifying the folks on our new release notify list as soon as it is available to purchase an where you can get the best deal (you can signup for the notifier in the box on the right).

What features or fixes would you like to see in the next version of Quicken 2014? Leave your thoughts and wish list in the comments below!