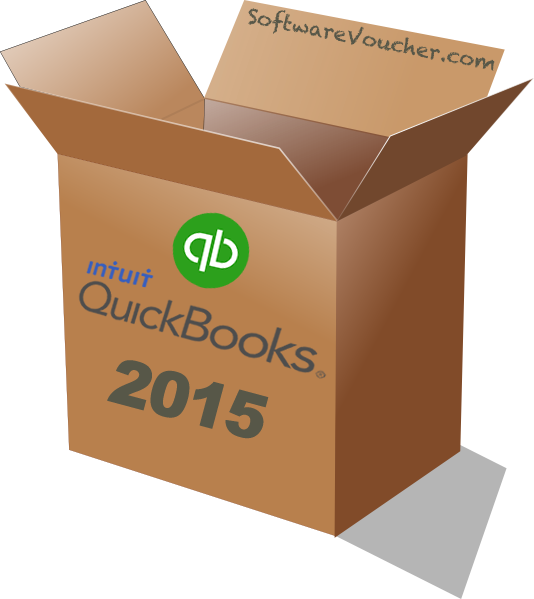 We’ve also put together more details on what’s new in Pro and Premier for 2015 so be sure to take a look if you have a chance.

Updated September 20th, 2014 – If you’re planning on getting QuickBooks 2015, then we highly recommend that you get it now before the new versions are released on Monday!  We just saw that retail prices are going up on the Pro and Mac versions by $50.00 and the Premier version by $100.00! But if you pick it up the 2014 version now at Intuit.com, you’ll not only pay the lower price, but we have this instant coupon that will help you save an extra 20% on your order and you will qualify to receive a free upgrade to QuickBooks 2015 once it’s released.

Updated September 19th, 2014 – The ship-date on Amazon’s QuickBooks pre-order has just changed from October 1st to September 22nd at 12:00am pacific time (that’s on Monday morning!). They also just added the full product descriptions to to their QuickBooks Pro 2015 and Mac 2015 pages so you can now see all the new features listed (Premier and the other 2015 versions do not yet have the features posted).

We also just got hold of these awesome interactive guides that go through all of the new features found in QuickBooks Pro 2015, Premier 2015 and Mac 2015!  Take a look if you have time to see what’s new and improved in this release.

Updated September 10th, 2014 – Pre-orders for QuickBooks Pro 2015, Premier 2015 and Mac 2015 have just been posted on Amazon with a ship date of October 1st, 2014 (the new features/improvements are not yet listed). Last year we saw the same ship date listed for pre-orders but was then later changed and began shipping on September 24th. We expect to see the same happen this year.  You can also buy any 2014 version of QuickBooks directly from Intuit and qualify for a free upgrade to the 2015 version once it’s released.

Be sure to sign up to our release date notifier list (located at the right of this page) to be notified the moment the 2015 versions are released.

Updated September 8th, 2014 – Intuit has just released QuickBooks Accountant 2015.  We’re still waiting on the 2015 other desktop versions (Pro, Premier and Mac) and expect them to be released in about two weeks from now. Remember, if you just purchased Accountant 2014 then you may qualify for a free upgrade to the 2015 version! We also just updated our QuickBooks Accountant 2015 coupons and deals page so be sure to see then latest offers and promotions before buying.

Updated August 21st, 2014: Intuit has just confirmed that all QuickBooks 2014 desktop orders, including on Pro and Premier, will qualify for a free upgrade to the 2015 version once released at the end of September. Why is this important? Well, if you’re running QuickBooks on multiple PC’s then you can install the 2014 version on one and the 2015 version (once you receive your free upgrade) on another.

Updated August 10th, 2014: If the past is any indication of what’s to come on the future, then we are pretty much certain on when the new QuickBooks 2015 versions of Pro, Premier, Mac, and Home & Business will be released. We’ve been monitoring Intuit’s QuickBooks releases for the last ten years or so and don’t expect any dramatic changes in their release date cycle. Here’s our prediction:

Here’s a quick look at the past few release dates. Most of the most recent ones occurred between the second and third weeks of September.

If you just purchased the 2014 version then you might qualify for a free upgrade to the corresponding 2015 version once it’s released. The official QuickBooks Store has historically offered free upgrades to those that purchased their software within a 7-week time window prior to a release. Any orders made at Intuit.com after August 21st, 2014, will qualify for the free upgrade.  We’re just not sure about orders made before then so be sure to check with their customer service team for details. Last year, in 2013, that window began on August 4th and went all the way through to the official release on September 23rd. Here are more details about last year’s free upgrade policy.

It’s important to note that the free upgrade policy only applies to orders made at the QuickBooks Store at Intuit.com. If you ordered from one of their resellers, like Amazon or Staples, then the free upgrade does not qualify. Fortunately, you can still request for a refund – Intuit offers an unconditional 60-day return policy regardless if you purchased it from them directly or from one of their authorized resellers. As most resellers won’t take the software back, the return must be completed directly with Intuit. You can find all the details of how to process your QuickBooks return in our returns section.

What would we like to see changed in QuickBooks 2015?

As a QuickBooks Pro user myself, I’m pretty satisfied overall with the 2014 version that I’m running. But there are still a few things that we would live to see in the next release.

What changes do you want to see?

Are there things that frustrate you about the current version of QuickBooks? Want to see something changed? Leave your thoughts in the comments below.