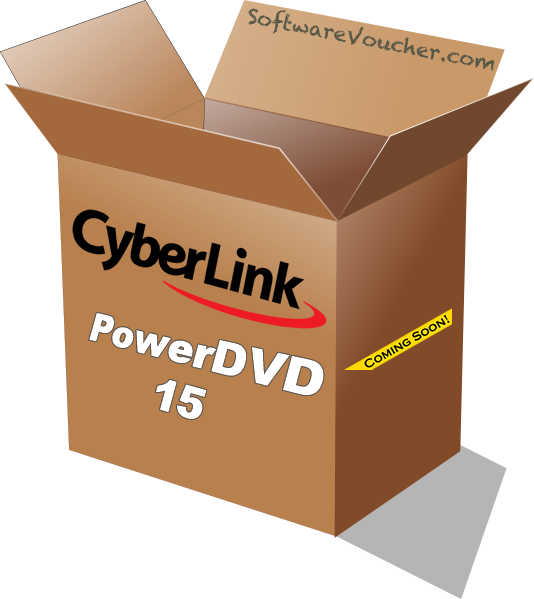 Updated April 14th, 2015: As we expected, PowerDVD 15 was released today. You’ll be able to check out the new features in the Standard, Pro, and Ultra versions, as well as download the free 30-day trial version at Cyberlink.com.  And if you decide to order from Cyberlink, you can save an extra 10% on your purchase between now and May 1st, 2015 when you use coupon code PDVDSV at checkout. We’ve also posted our own review which highlights the major improvements in version 15 and the minimum system requirements your PC needs to be compatible with the changed specs.

Updated April 7th, 2015: Looks like the folks at Cyberlink have posted ALL of the “preview pages” for the upcoming PowerDVD 15 launch – That includes for Standard, Pro and Ultra versions. Listed below is a look at all the new features and what’s to come in each version (click on each screenshot to expand into full view).

In terms of the release date, it looks like we were spot-on with the predictions from months ago for the mid-April release of PowerDVD 15. Thanks to the tip from one of our reader, Luigi, an amazon.fr leak has set the “official” release date for April 14th, 2015 (the page has since been removed). We’ve posted the screenshot further below as well with the details. 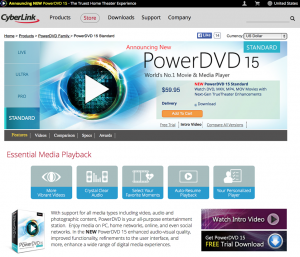 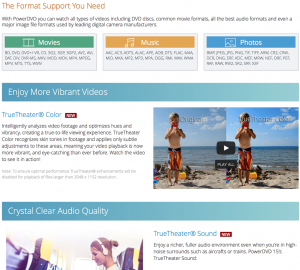 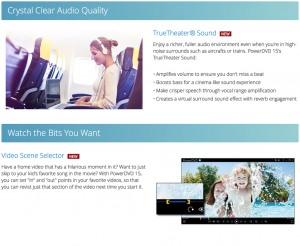 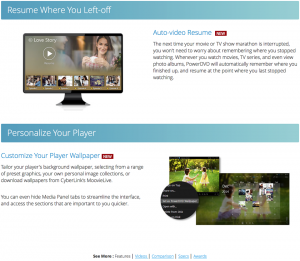 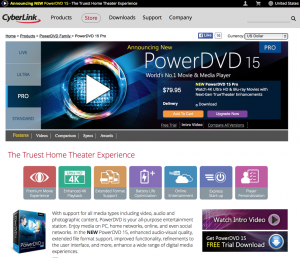 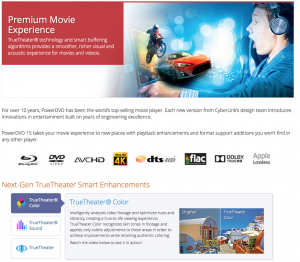 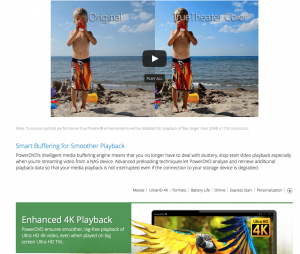 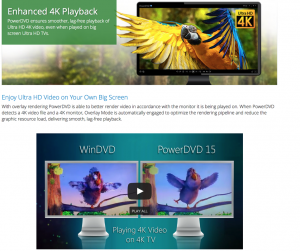 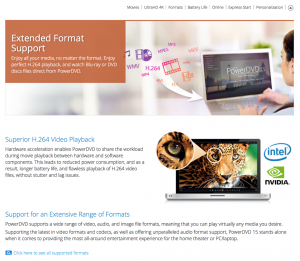 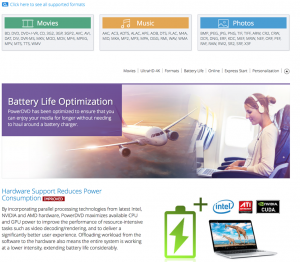 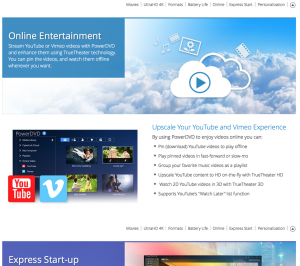 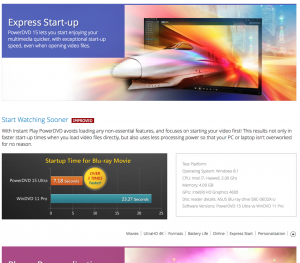 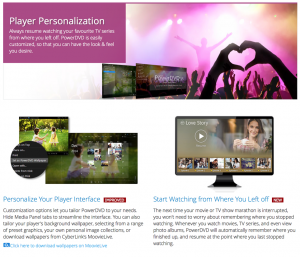 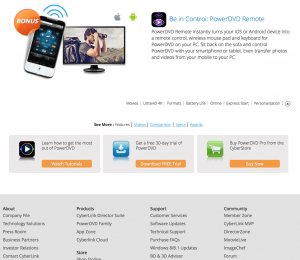 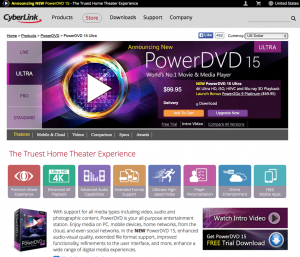 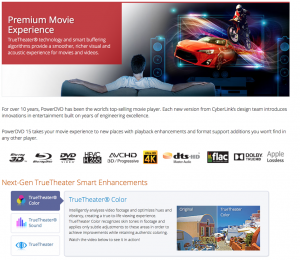 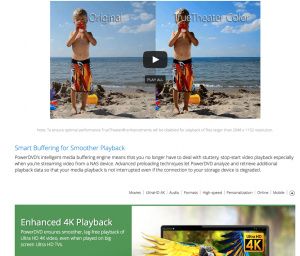 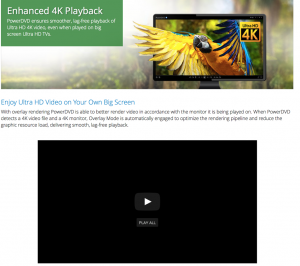 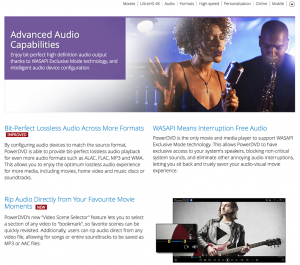 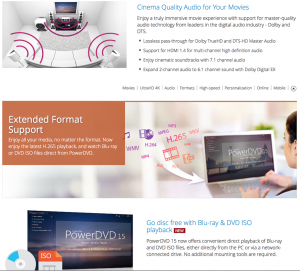 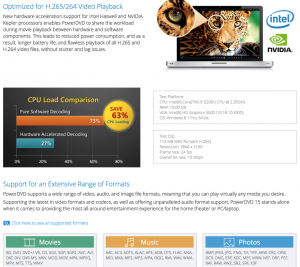 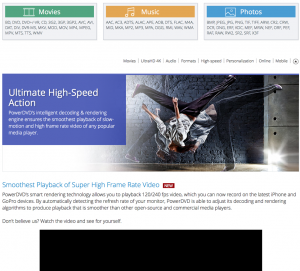 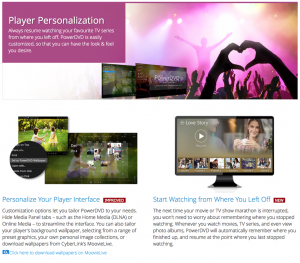 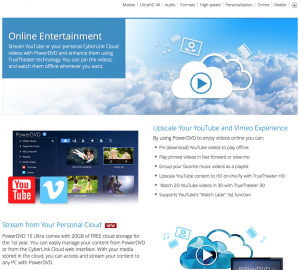 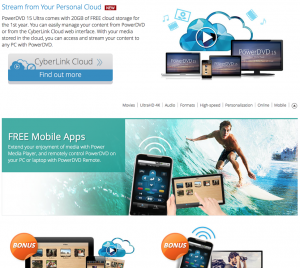 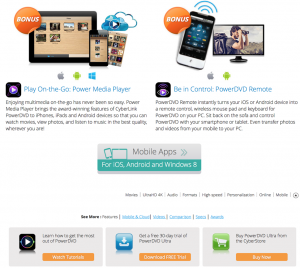 Here’s the Amazon France page that we were able to take a snapshot of before it was deleted by Amazon: 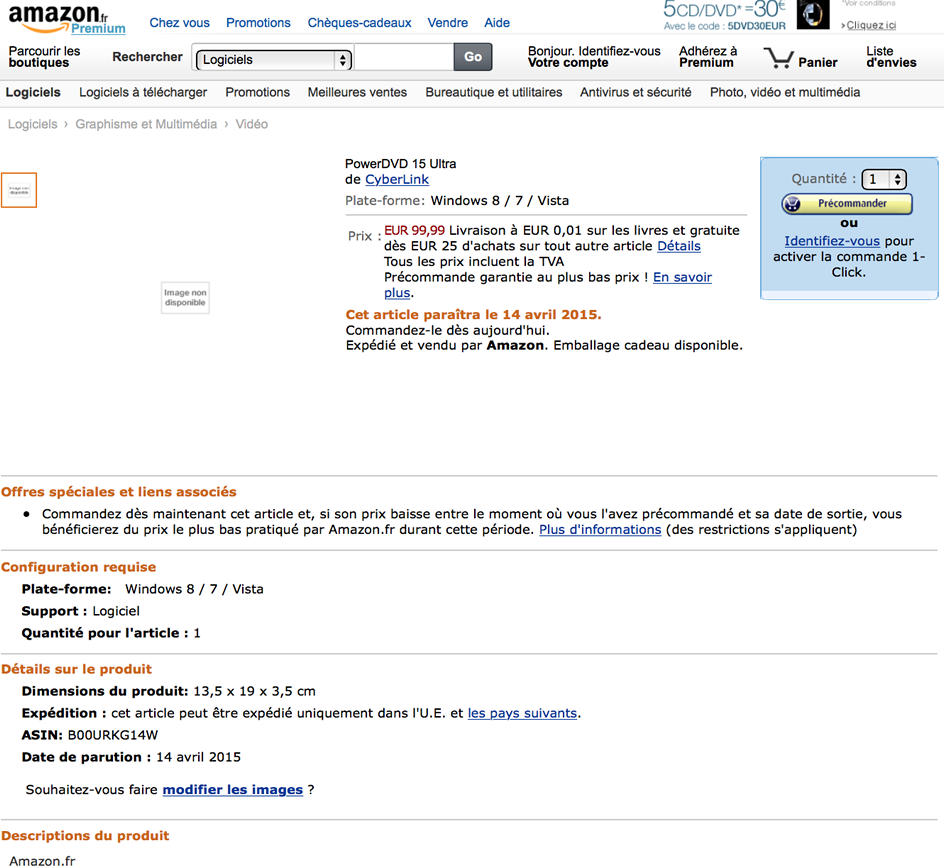 Updated: March 1st, 2015: For the last several releases of PowerDVD, we’ve been seeing a pretty consistent release cycle (mostly do to the formatting changes still coming out in video formatting, including blu-ray). With only the exception of version 12, all the new updates are usually released on an annual basis in either March or April.

PowerDVD 15 software from Cyberlink is expected to be announced and available for purchase sometime in April 2015.- Rumored PowerDVD 15 Release Date

Here is the full list of previous release dates back to version 8:

Is there a grace period for those that bought version 14 right before 15 was released?

We hate buying software right be a new version is released, but sometimes it’s simply unavoidable. We’ve heard through several forums that Cyberlink offers a 30-day grace period and will give you a free upgrade if you bought within this timeframe before a new version is out. However, we could not find any terms in writing that specifies this so you will need to talk with customer support to see what’s possible. The worst case is that you can request for a refund (they have a 30-day refund policy) and then repurchase the new version.

We haven’t yet seen any pre-release notes yet so it’s still too early to know what’s coming for sure. As users of PowerDVD 14 ourselves, we would love to see better Chrome support. We also hope to see changes to their Cinavia protection. Cinavia is basically an audio protection against pirated movies and sits within the audio track. If it believes that the video is pirated (such as someone smuggling in a video camera into a movie theater), it will block the sound. But if you are using Anydvd-HD to make your DVD movie region free, even though you bought an original copy, it will not let you play the audio in the film (usually stops after about 20 minutes or so).

What would you like to see in version 15? Leave your suggestions in the comments below.

Leave a Reply to Ryan R