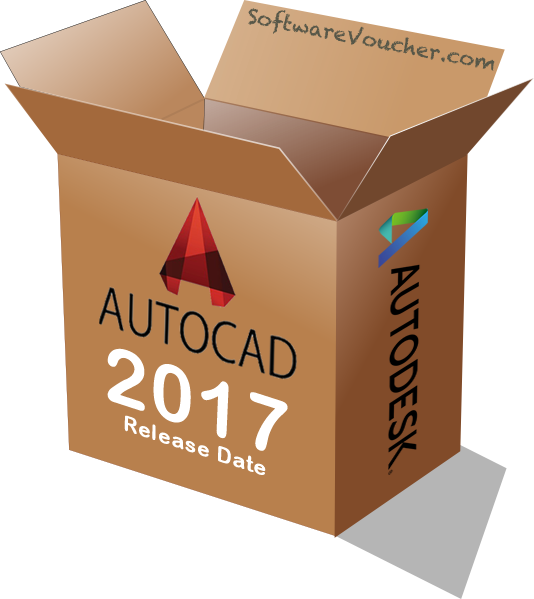 Updated March 21st, 2016:  Autodesk has just released the all the AutoCAD 2017! Here’s the full list of new features.  If you’re already an AutoCAD subscriber then you’ll be able to upgrade to the 2017 version now for free. If you’re not yet one, there are several purchasing plans available including monthly, annual, and 2 or 3 year plans (certain options are on sale this week for 20% off). And better yet, if you’re a student, then you may qualify for the free educational license. You’ll be able to try out the new version for free for 30 days before you decide to upgrade.

Some of the featured changes in AutoCAD 2017 include:

Updated March 16th, 2016: We are getting pretty close to Autodesk’s upcoming 2017 product release, including all new 2017 versions of AutoCAD LT, AutoCAD Architecture, AutoCAD MEP, AutoCAD Electrical, and AutoCAD Mechanical. As we’ve seen the last few years, you can expect the new versions to be released sometime between the third and fourth week of March. Beta testers, which you can signup for at beta.autodesk.com, get a chance to download and test the betas at the beginning of the year (they all should be available now). More information about AutoCAD betas and the latest news can be found at the Autodesk’s Between the Lines blog.

AutoCAD 2017 versions are expected to be released by Autodesk in the third or fourth week of March, 2017.- Expected AutoCAD 2017 Release Date

Here’s a look at the last few AutoCAD releases coming and their respective release dates:

Will the upgrade to AutoCAD 2017 be free?

This depends on the type of Autodesk customer you are. A free upgrade to the 2017 version of AutoCAD is available to all current maintenance and desktop subscription customers. That’s similar to other software subscription plans like Adobe’s Creative Cloud and most antivirus subscriptions like Norton and McAfee. If you currently own a an perpetual license (i.e. you paid once for it upfront and you don’t have a monthly or annual subscription plan) then then you will not qualify for the upgrade. Even if you purchased it a day before the new version was released.

Autodesk is following the subscription model trend that we’ve been seeing the last few years. They rather have you hooked on a lower monthly subscription fee than the one-shot full perpetual license (they even have “auto-bill” turned on by default to make sure you pay up). And just like what Adobe did back in 2013, they have gotten rid of the upgrade discount so if you still want to stay on a perpetual license then you have to pay the full price to get it. On the flip side though, once you buy the full license you can use it and that version for as long as you like. That option is usually cheaper in the long run if you don’t need to get the upgrade every year. This is of course assuming that you’re not upgrading your operating system as we’ve head that in some cases the older versions stop working in newer versions of Windows.

We also want to remind you that regardless of the option you choose, either subscription or perpetual license, you have a full 30-days to request for a refund when you buy directly from the Autodesk Store. Most versions are also available in the downloads center to test out for free but you have to be a new customer that hasn’t yet tested the software before.

What we would like to see improved in AutoCAD.

We’ve gone through some of the top AutoCAD user requests have summed it up below. Here’s what we have:

What would you like to see changed in AutoCAD 2017?

If you have any changes or improvements that you would like to see in the next AutoCAD release from Autodesk, then let us know in the comments below.

Signup to our release date notifier list and we will let you know as soon as all of the new 2018 versions of Autodesk software are announced!

See all our Autodesk deals!

VIDEO: AutoDesk - How to use a coupon code on SoftwareVoucher.com, Length: 2:22

A 30-day money back guarantee is included.

It’s pretty unusually for a software company to have 100% satisfaction guarantee when they also have free trials available. The rational is that if you have the chance to try the software, there shouldn’t be a reason for you to return it after you buy it. While that’s often the case, the most popular reason for returns after such a short time is that you’ve found a better deal elsewhere. If you buy directly from autodesk.com and then find a better offer from one of their resellers, then you’ll be able to return your initial order if you decide to go through the hassle of returning and repurchasing it. Returns are also popular if a new version was just released after you bought the outgoing one. Whatever the reason, you’re covered by a 30-day money back guarantee from the Autodesk Store.