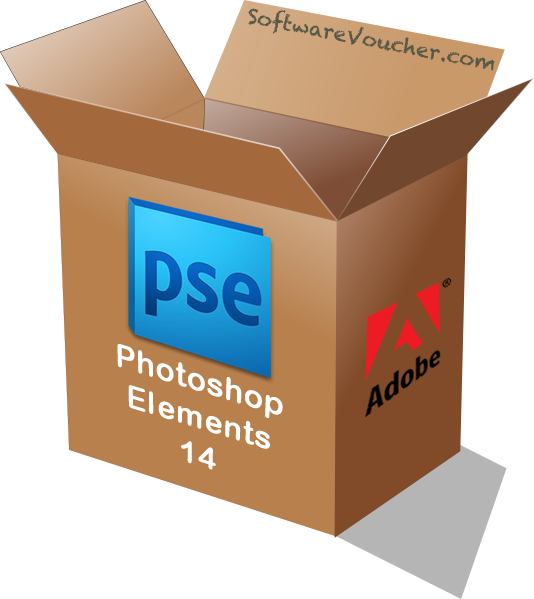 Updated September 25th, 2015: It’s official – Adobe has announced and released the new Elements 14! Be sure to check out the new features in Photoshop Elements 14 and Premiere Elements 14 at Adobe.com.  Adobe also has both versions available to download and try for free for 30 days.

Here’s a pretty good Elements 14 overview video that highlights some of the new features and enhancements:

In terms of where you can buy your copy, here are some of the places where they already have Adobe Elements 14 in stock:

Update #4: September 24th, 2015: Amazon UK is now accepting orders of the download versions of Photoshop Elements 14, Premiere Elements 14, the bundle of the two programs, and well as the heavily discounted student version.  We are still waiting to see it arrive stateside.

Update #3: September 24th, 2015: JourneyEd, one of Adobe’s authorized student software resellers, just posted a video overview highlighting the new features on YouTube – and best of all, they have the download version already available for purchase (!!!), which we just had one of our readers confirm that they were able to buy and download it without any issues (Thanks Lisa)!!

Update #2, September 24th, 2015: Another tip has come in (Thanks Marius!) with an article published by B&H Photo Video announcing the new features in both Photoshop Elements 14 and Premiere Elements 14. About an hour after we got the tip the page was pulled down but you can still see the cached version on Bing.com. Here’s also another review by The Next Web and Tech Radar that was posted early (including the cached version of Tech Radar as the article was pulled down already).

All in all, the release is near… we expect to see Adobe officially release PSE and PRE later today/tomorrow morning.

Here’s a copy of B&H Photo’s press release (we bolded the new features and improvements):

“Adobe has announced Photoshop Elements 14 and Premiere Elements 14, the latest edition of its well-known photo and video-editing and organizing software programs. Elements is known for its highly intuitive and efficient navigation environments and user-friendly interface, and this edition emphasizes improvements to simplify and enhance the user experience. It provides many of the tools found in Photoshop and Premiere and is ideal for photo and video enthusiasts—those looking to get their digital imagery collected and organized simply and without the advanced and perhaps superfluous features provided by the more complex programs. New to Photoshop Elements 14 is an improved Shake Reduction tool to remove the blur caused by camera movement, a new Haze Removal tool, easier guided edits to resize your images or add “motion,” a refined Selection Matting tool, a new category of Quick Effects and a user experience overhaul of the Quick Edit page design.”

“Premiere Elements 14 Video Editor brings with it 4K support for many new cameras, customizable Motion Titles and two new guided edits: Color Pop, which “pops out” one color while making the rest of your video black-and-white; and Time Remapping edit, which adds slow, fast, or reverse motion to your video. Also, the design for selecting export options has been improved to be “goal-based” and is easier to navigate. Finally, audio capabilities have been relocated to a common place, making them more “discoverable” and better utilized in context with video editing.

“Elements 14 Organizer provides easier access to your images with improved naming, facial recognition and location assignment systems that let you group like images and easily create slideshows or even photo books. And perhaps the most basic user interface improvements will be the most welcomed, including revised welcome screens, the above-mentioned guided edits, and an easier connection to the existing Elements ecosystem. Photoshop Elements 14 and Premier Elements 14 are available individually or bundled together and are available bundled only in the Student & Teacher Edition.”

“In addition to above DVD platforms, Photoshop Elements 14, Premiere Elements 14, the two program bundle and the Student & Teacher bundle are available as download cards.”

Updated September 24th, 2015: So we are still waiting for Photoshop Elements 14 and Premiere Elements 14 to be officially released any time now… We though it would be yesterday but still it’s not out publicly.  However we just received a note from one of our readers (Thanks Dag!) that, when current Photoshop Elements users open their existing software, Adobe is already advertising the Elements 14 upgrade, letting you upgrade directly from the product. We wen’t able to independently verify this so this may not be the case for all older versions of the software. The official Photoshop Elements page at adobe.com still has version 13 on sale.

In terms of Adobe’s resellers, Amazon.com and Amazon UK have pulled down their pre-order pages for the Elements 14 (it now goes to an error page).

Update #4, September 22nd, 2015: And now, Amazon.co.uk has one of the Photoshop Elements 14 pages live, although it’s “temporarily out of stock”, just like we saw at Amazon Canada earlier today. 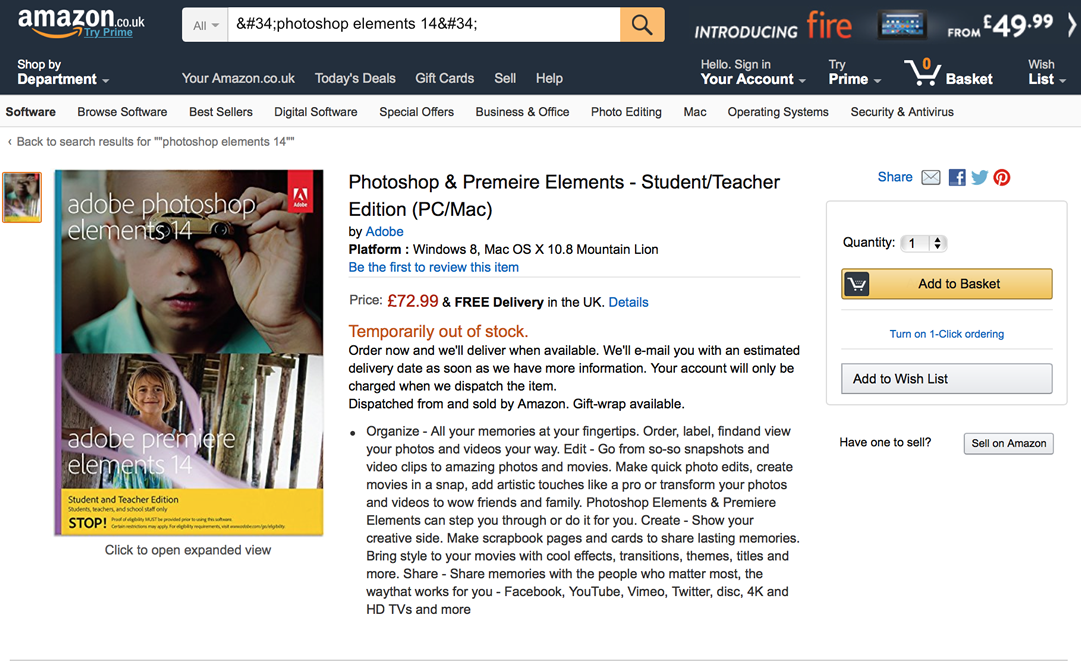 Update #3, September 22nd, 2015:  What a busy day! And how close we are are the “official” release of Elements 14. So close in fact that it appears one of Adobe’s UK resellers, kikatek.com,  has jumped the gun and is letting you already buy and download Photoshop Elements 14.  Being that we are from the U.S. we’re not quite familiar with this store, if you’re from the U.K., please let us know in the comments below if you were able to buy your copy of PSE.

For the rest of us, we are expecting Photoshop Elements 14 and Premiere Elements 14 to be officially released by Adobe in the coming day(s). 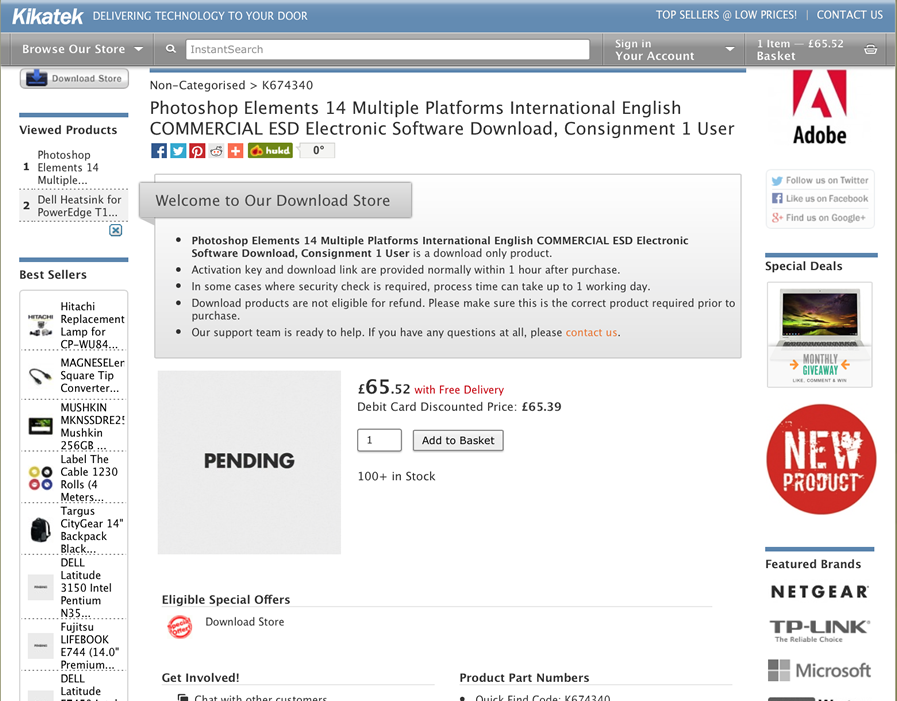 Update #2, September 22nd, 2015: A big thanks goes out to Tucki Tuck for sending us this – It looks like Amazon Canada just posted one of their Photoshop Elements 14 pages (the Student & Teacher edition). It’s currently “temporarily out of stock” with no ship date listed but we expect this to change soon.

Updated September 22nd, 2015: We’re getting close to the release of Elements 14.  Our initial predictions had the launch occurring this afternoon but we haven’t seen   About three minutes after we wrote this, we found a reseller in Denmark that started selling Elements 14. There is no product description or ship date but we have our first look at the pretty new boxes: 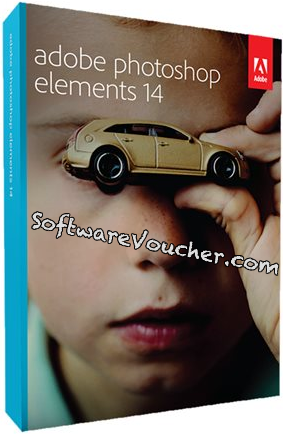 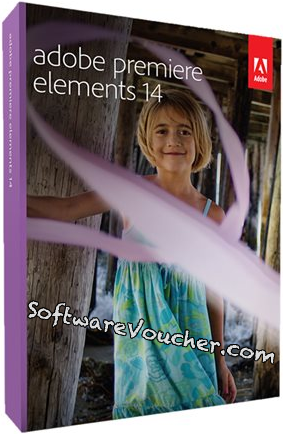 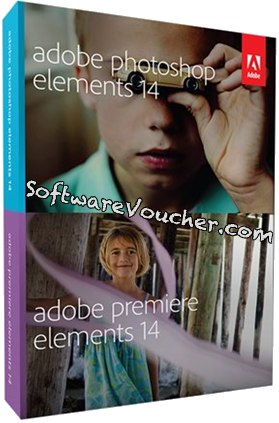 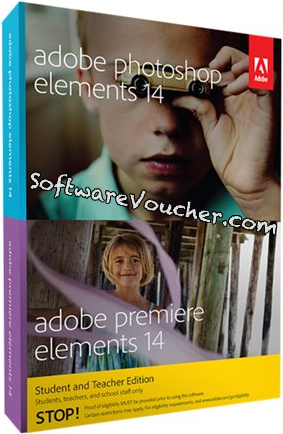 And here’s the screen shot of the the reseller’s page just incase it gets pulled down early: 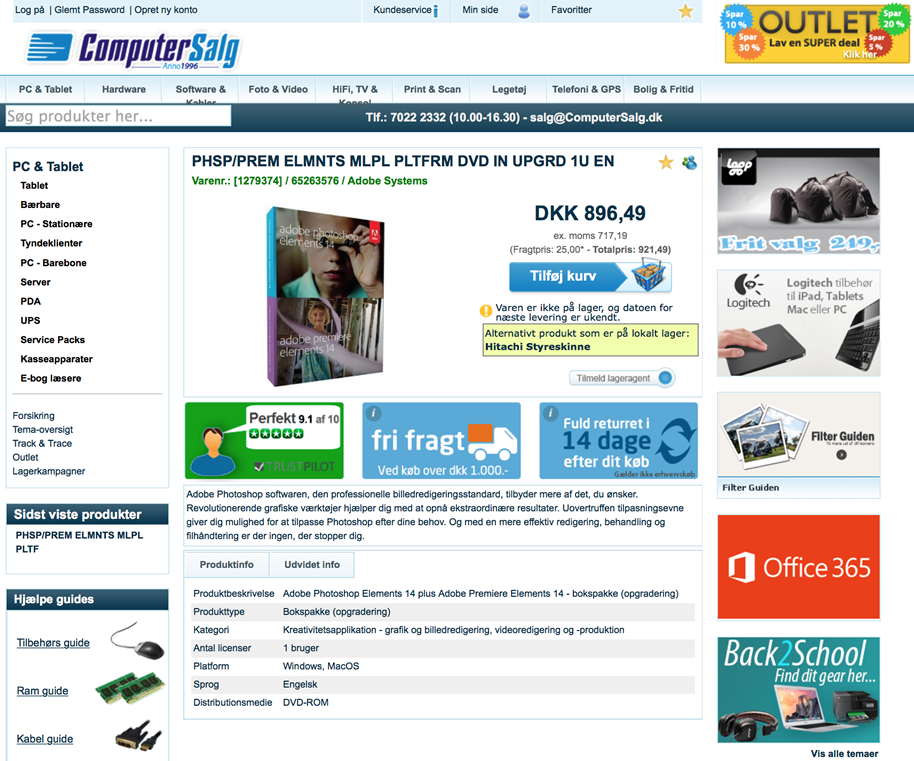 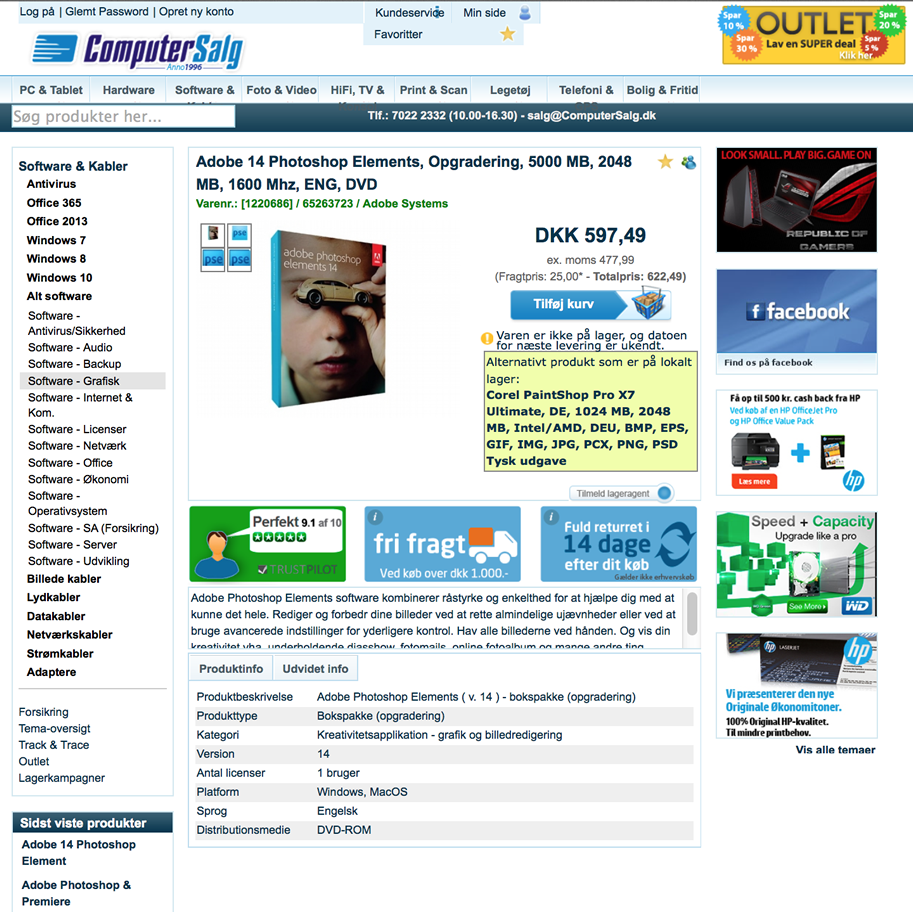 Updated August 26th, 2015: Lucky us, we just happened to come across a “Photoshop Elements 14 pre-release program” on adobe.com’s Japanese site – A full page of containing the information required in order to see and test the enhanced new features and capabilities of Photoshop Elements 14!!

Now keep in mind that this is all translated from Japanese to English using Google Translate so some of the sentences may sound a little funky. This appears to be Build #6 released to beta tests on June 30th, 2015 so some of the final-release features may vary once Elements 14 is released to the public.  (Edit August 27th, 2015: Looks like the folks at Adobe are reading our blog as they almost instantly pulled down these pages after we posted this news yesterday).

Here’s a summary of what appears to be new:

Print panel is displayed if the is selected “resize for Web” appears distribution panel if it is not selected.
Rotation and angle correction is a tool that performs horizontal correction or rotation of the image of the photo.

We’re including the screen shots of the Japanese to English translation of the pages (click to expand each page into full view): 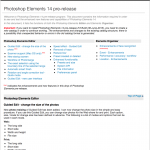 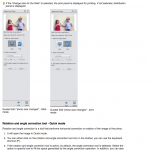 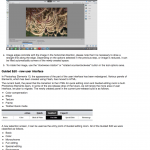 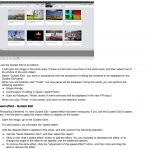 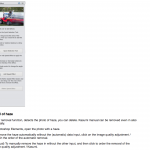 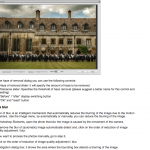 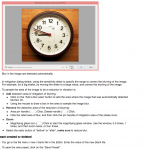 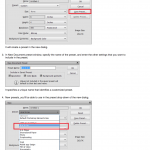 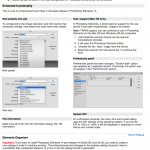 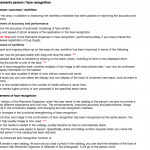 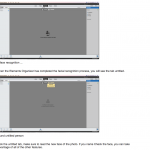 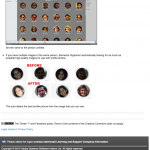 Updated August 25th, 2015: Photoshop Elements 13 is on Amazon’s Deal of the Day but just for today at $44.99.  That’s 55% off the list price and the lowest price we’ve seen all year for it. So for those of you that can’t wait until late September for Elements 14, this is a great opportunity to pick up a copy. 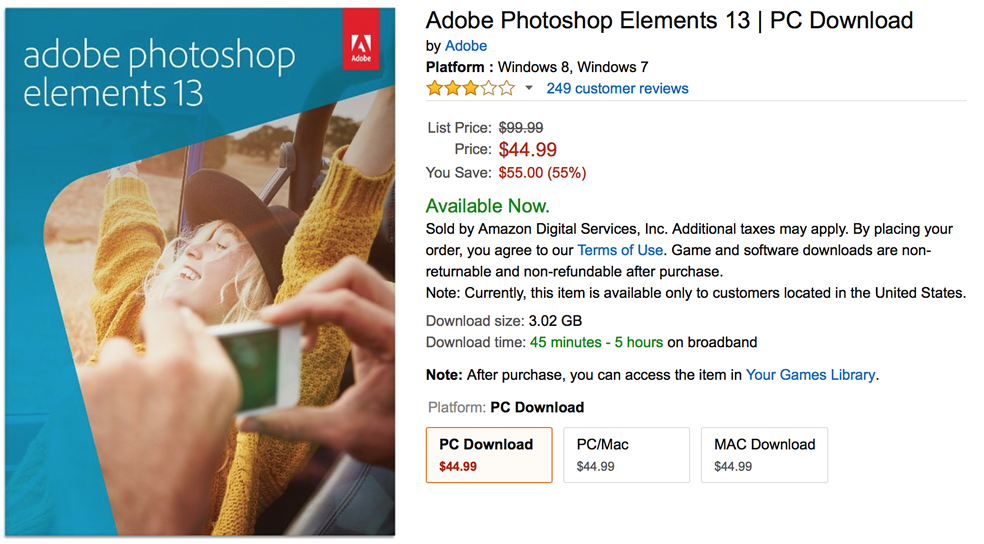 You also have a few more days left to save $30.00 on Photoshop Elements, $30.00 on Premiere Elements, or $50.00 on the bundle of the two when you pick it up directly from adobe.com. Here’s the link to their special offers page with all the details. You have up until August 28th, 2015 to take advantage of this deal.

Updated July 21st, 2015: With summer halfway through, it’s that time of the year again where we start our countdown to the the release of Photoshop Elements 14 and Premiere Elements 14 by Adobe Systems. And being the software geeks that we are, we can’t wait to try out the new features and improvements (and last year we were lucky as we were given a copy by the company to test out a week before the official release – They even featured us in their reviews section for Premiere Elements at Adobe.com).

What we know so far is that you can expect to see Elements 14 released about the same time of the year as as the last few releases (late September timeframe). And what’s more, Adobe is know to release their updates only on Tuesday’s (why? we don’t know, but that’s been the case so for many, many, many years) so we are pretty sure that just like last year, we’ve nailed down the exact release date. Here’s our prediction:

See below for the release date history for the all of the previous versions:

What happens if version 14 is released right after you bought Elements 13?

If you just bought Elements 13, then don’t worry – Adobe has a technology guarantee where you’ll get a free upgrade to the newest version if you made your purchase 30 days or less prior to a new product release. If for some release you have difficulties with the upgrade, then you might still be within the return window and may be able to request for a refund (the refund window will vary depending on where you purchased the software from).

What improvements do we want to see in Elements 14?

Every year we put together a list of things that we, as users of PSE, would love to see improved in the next release as well as the suggestions from our readers. Here are the issues and suggestions that top our list this year (see here for last years suggestions):

What do you want to see added, improved or changed in Elements 14?

Let us know in the comments section below!

Leave a Reply to Reinhardt